The impact of this week’s market volatility is beginning to fade for major cryptocurrency assets, markets confirm.

Cryptocurrency markets are recovering from their recent mini crash today, Nov. 16, with only Bitcoin Cash (BCH) going against a trend which saw assets gain as much as 4.3 percent in 24 hours. 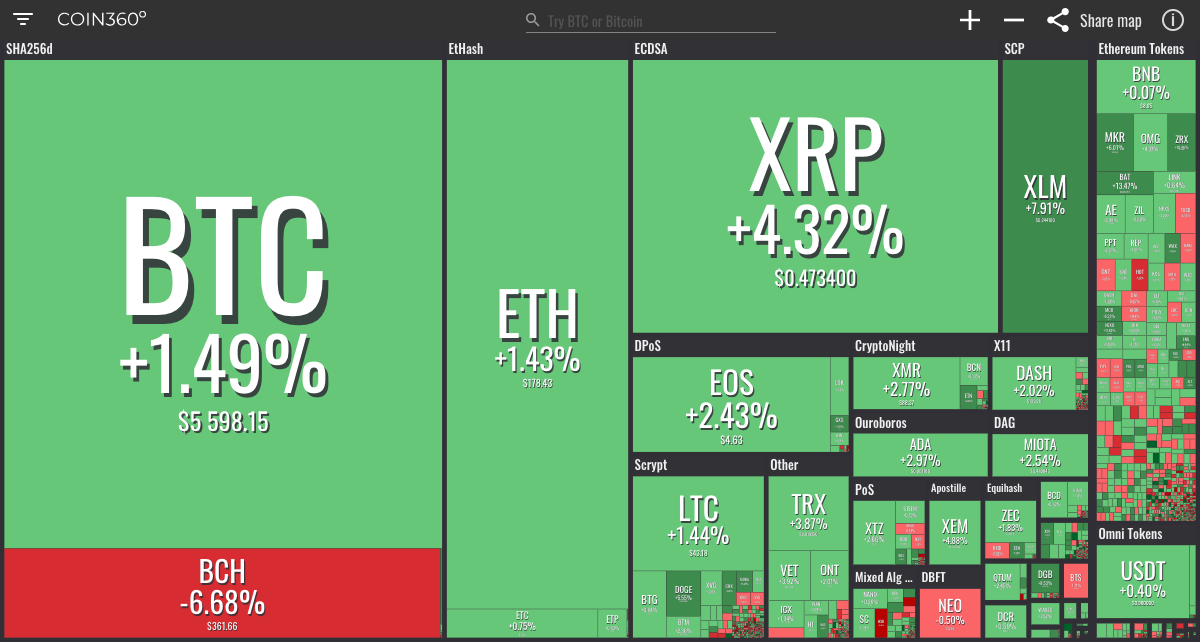 The fallout from turbulence over BCH’s controversial hard fork, which occurred Thursday, Nov. 15, appeared not to last, with Bitcoin (BTC) recovering a modest 1.35 percent Friday to trade around $5,590 by press time.

The largest cryptocurrency had fallen hard in the hours leading up to the hard fork, at one point trading as low as $5,146 according to data from Cointelegraph’s price tracker, Coin360, CoinMarketCap, and Bitcointicker.

A full correction, one analyst has warned, could nonetheless take “weeks or months” to solidify. 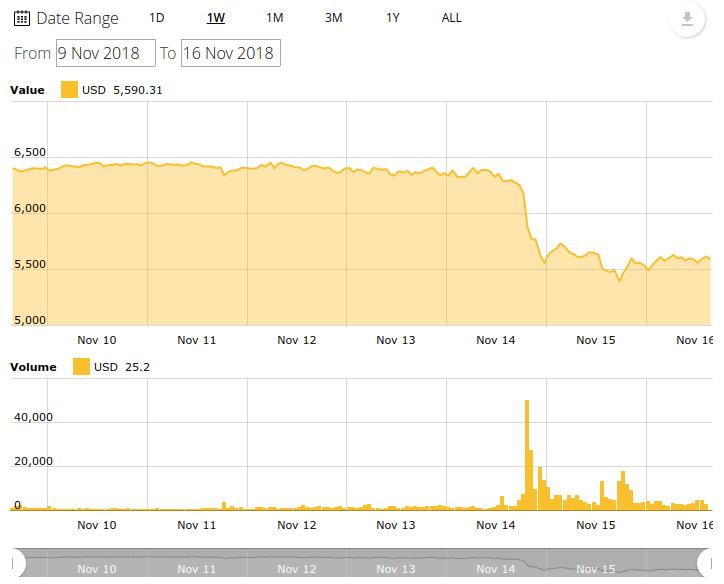 By contrast, BCH itself has failed to capitalize on the market frenzy, falling almost 8 percent on the day Friday.

The altcoin is the only one out of the top twenty cryptocurrencies by market cap not to make gains in the past 24 hours. Binance Coin (BNB) and Neo (NEO) also saw relatively flat growth over the same period.

For previous altcoin market leader Ethereum (ETH), the outlook still appeared tenuous at press time, a last-minute price surge by Ripple (XRP) causing it to lose its status as the largest altcoin by market cap this week. 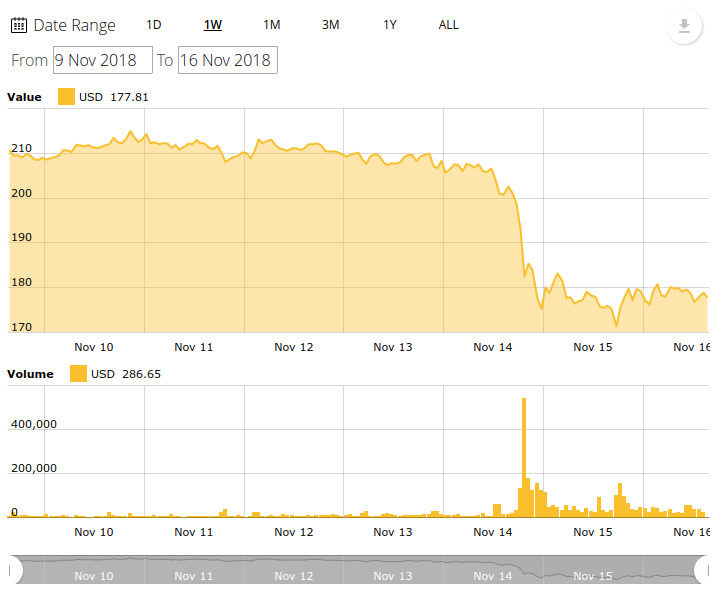 The best performer of the top 20 coins was Stellar (XMR), which gained around 7.2 percent — as much as BCH lost.

As of press time, total market cap is around $184 billion, up from its intraweekly low of around $176 billion.