The first quarter of 2018 has seen the crypto markets lose a little more than 48 percent of their Jan. 1 value, with total market cap down from around $612 bln to $261 bln at the first quarter close on March 31, according to data from CoinMarketCap.

Ripple’s (XRP) price has dropped the most of the top five cryptocurrencies listed on CoinMarketCap, down almost 78 percent on March 31 when it traded at $0.51 as compared to its Jan. 1 price of around $2.30. 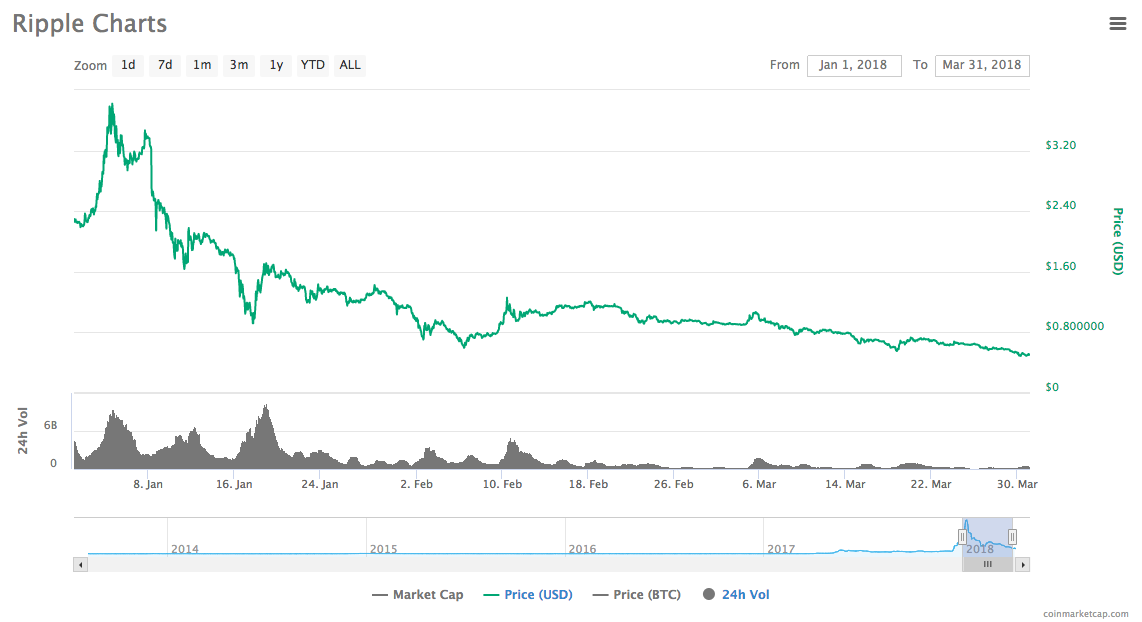 The drop in prices across the board can be attributed to an increase in regulation from a variety of global actors, including the US Securities and Exchange Commission’s (SEC) crypto probe, Japan’s scrutiny of unregistered crypto exchanges after the Jan Coincheck hack, and Twitter, Facebook, and Google banning crypto-related ads.

In early January, when Ripple’s price had been around $2.00, CNBC had published an article called “How to buy ripple, one of the hottest bitcoin competitors,” which may have contributed to XRP’s price to jump to over $3.00 in the following few days. CNBC’s apparent Ripple turnaround was commented on by Twitter user @vexmark (Mark Constantine):