Bitcoin market see some minor fluctuations, as most of the top twenty coins on CoinMarketCap see changes of less than 1 percent.

Sunday, Oct. 28: crypto markets have seen some minor fluctuations, with most of the top 20 coins by market cap seeing price changes within 1 percent over the past 24 hours, according to CoinMarketCap.

The total market capitalization has remained hovering below $210 billion over the day. 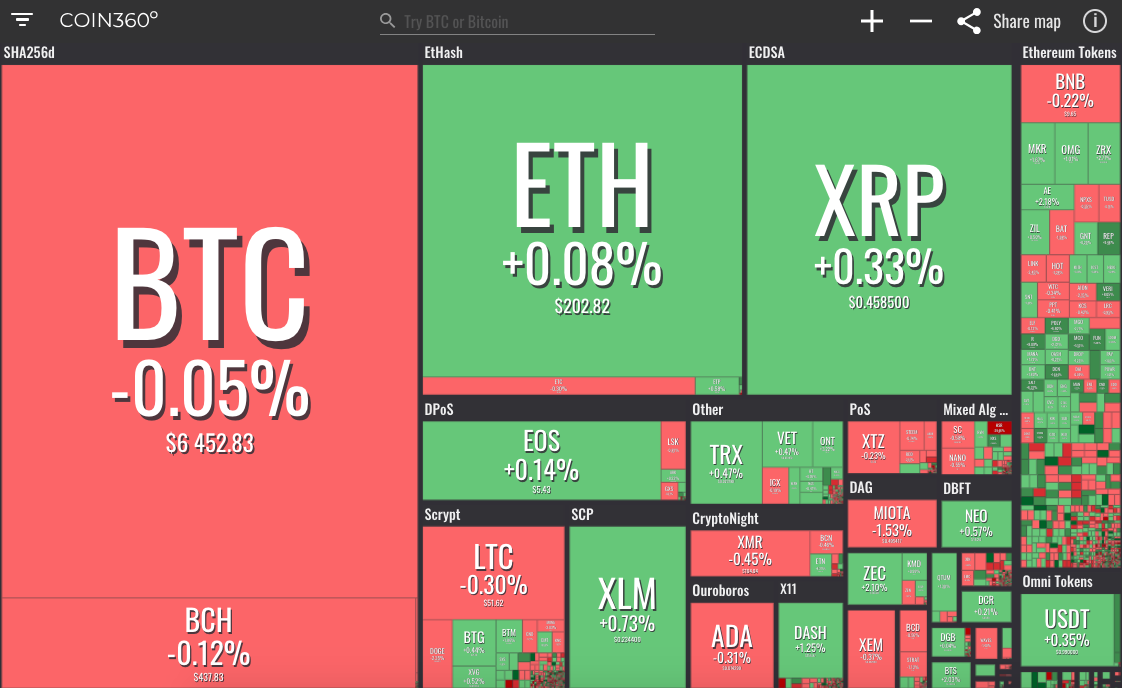 Bitcoin (BTC) is slightly up 1.7 percent and trading at $6,483 at press time, according to CoinMarketCap. Following reports on Bitcoin hitting 18-month lows of volatility, the major cryptocurrency is seeing insignificant price fluctuations over the past 7 days, down around 0.6 percent over this period. 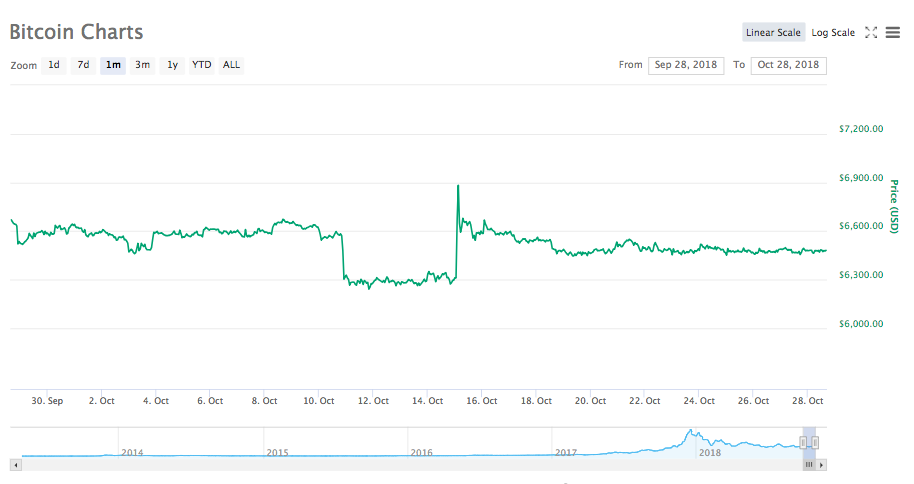 Ethereum (ETH), the second cryptocurrency by market cap, is up around 0.2 percent over the day and trading at around $204 as of press time. According to CoinMarketCap, the leading altcoin is down around 0.7 percent over the week. 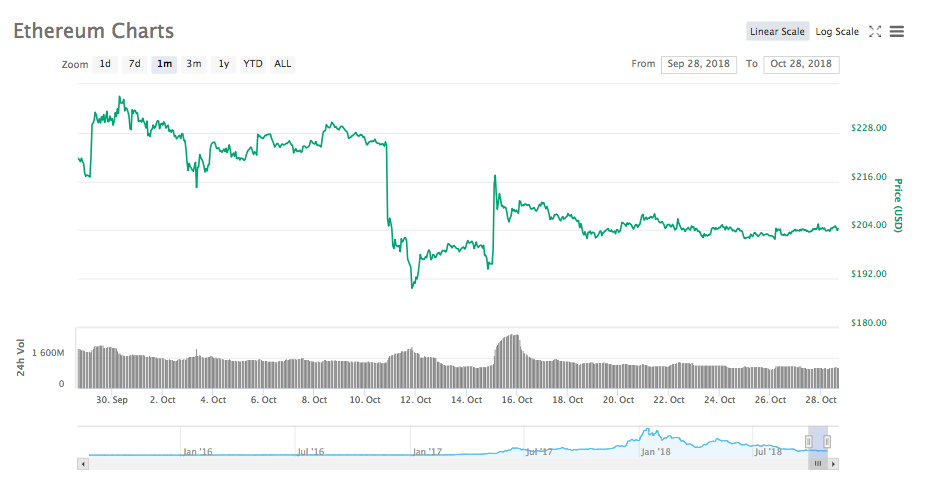 Ripple (XRP) is up 0.2 percent over the past 24 hours and trading at $0.45 at press time. Over a 7 day period, the cryptocurrency has seen almost zero fluctuations, slightly down 0.1 percent.

Recently, Ripple announced that the company has seen its revenues doubled in Q3 over Q2 in 2018, with around $163 million worth of XRP sales in Q3, up from $73.53 million in Q2. On Friday, Oct. 26, Ripple revealed that the company has hired a former senior developer at Google’s new wireless messaging service as vice president of products. 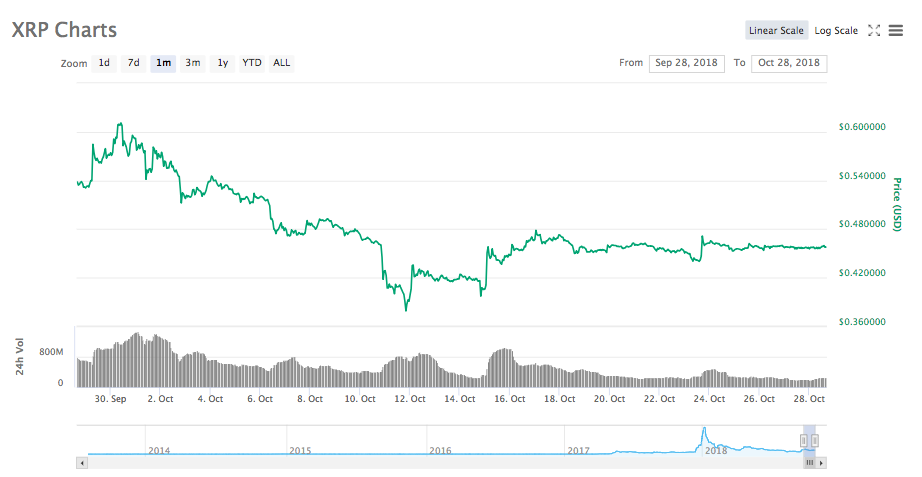 At press time, total market cap amounts to $209 billion, while daily trading volume has remained below the $10 billion threshold.

While most of the top 20 coins by market cap have seen insignificant price changes, IOTA (MIOTA) has seen slightly bigger losses over the day. The altcoin is down around 1.6 percent over the past 24 hours, trading at $0.48 at press time.

Also on Thursday, a new commissioner from U.S. financial regulator the Commodity Futures Trading Commission (CFTC) urged that the fintech field – including crypto and blockchain – should be considered and handled with an “open mind.”