The company’s ETHE is its third product to make the grade, following analogs for bitcoin and ethereum classic.

4763 Total views
174 Total shares
Listen to article
0:00
News
Own this piece of history

American digital asset manager Grayscale Investments confirmed its Ethereum Trust (ETHE) has gained regulatory approval from the Financial Industry Regulatory Authority (FINRA) for retail trading. The news was announced in a press release issued on May 23.

Set to become the first publicly-quoted security based on Ethereum (ETH), ETHE received the go ahead from FINRA to trade on over-the-counter (OTC) markets. 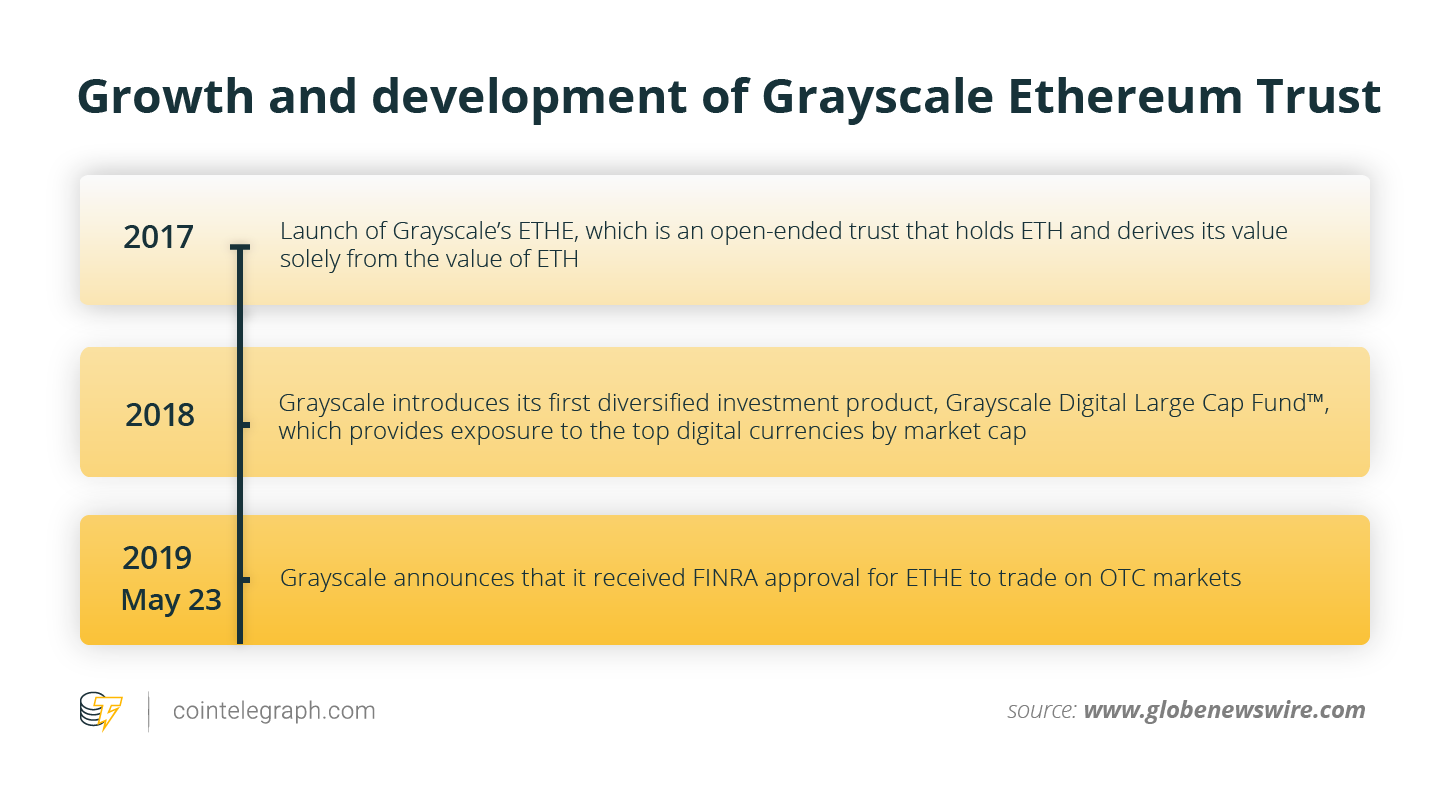 “There will be no trading volume in the Shares’ public quotation until the Shares are DTC eligible, which ETHE is expected to receive soon,” the press release stated. It continued:

“Investors will be able to find current financial disclosure and Real-Time Level 2 quotes for Shares of ETHE on the OTC Markets website once trading commences.”

The step comes a week after Grayscale reported that its Bitcoin Investment Trust (BIT) took the lion’s share of investments among clients in Q1 this year, as April sparked a sudden bull run in the largest cryptocurrency.

The company, begun by Barry Silbert’s Digital Currency Group in 2013, operates a total of ten cryptocurrency products, including those tied to litecoin (LTC), stellar (XLM) and zcash (ZEC).