On Bitcoin’s 10th Birthday, Crypto Markets See Corrections Across the Board

Crypto markets have dipped back into the red, with most of the top twenty cryptocurrencies by market cap seeing losses capped below 6 percent.

Thursday, Jan. 3 — after some positive inklings of growth earlier this week, crypto markets have today dipped back into the red, with most of the top twenty cryptocurrencies by market cap seeing losses capped below 6 percent, as data from CoinMarketCap shows.

TRON (TRX) is one of the only outliers among the top coins and the strongest top twenty performer on the day, up just 1 percent. The market is evidently responding positively to news that stalwart peer-to-peer torrent client BitTorrent has launched a TRON-based native token for its users — the company’s first major move to tokenize its content sharing ecosystem, roughly six months after it was acquired by TRON in July 2018.

As of press time, TRX is ranked 10th largest cryptocurrency by market cap, and is trading at around $0.02, according to CoinMarketCap data.

Ten years after its “genesis block” was mined, Bitcoin (BTC) has seen a mild loss of just below 2 percent over the 24 hours to press time, and is currently trading at $3,830. The past week has been a volatile one, with Bitcoin making several attempts to break back above the $4,000 price point, but sustaining losses multiple times — having seen a low of close to $3,600 near the start of its 7-day chart.

Nonetheless, jagged trading patterns have brought Bitcoin up on the week — the top coin has seen 3.5 percent growth since Dec. 27. On the month, Bitcoin has seen even less change, down about 1.5 percent. 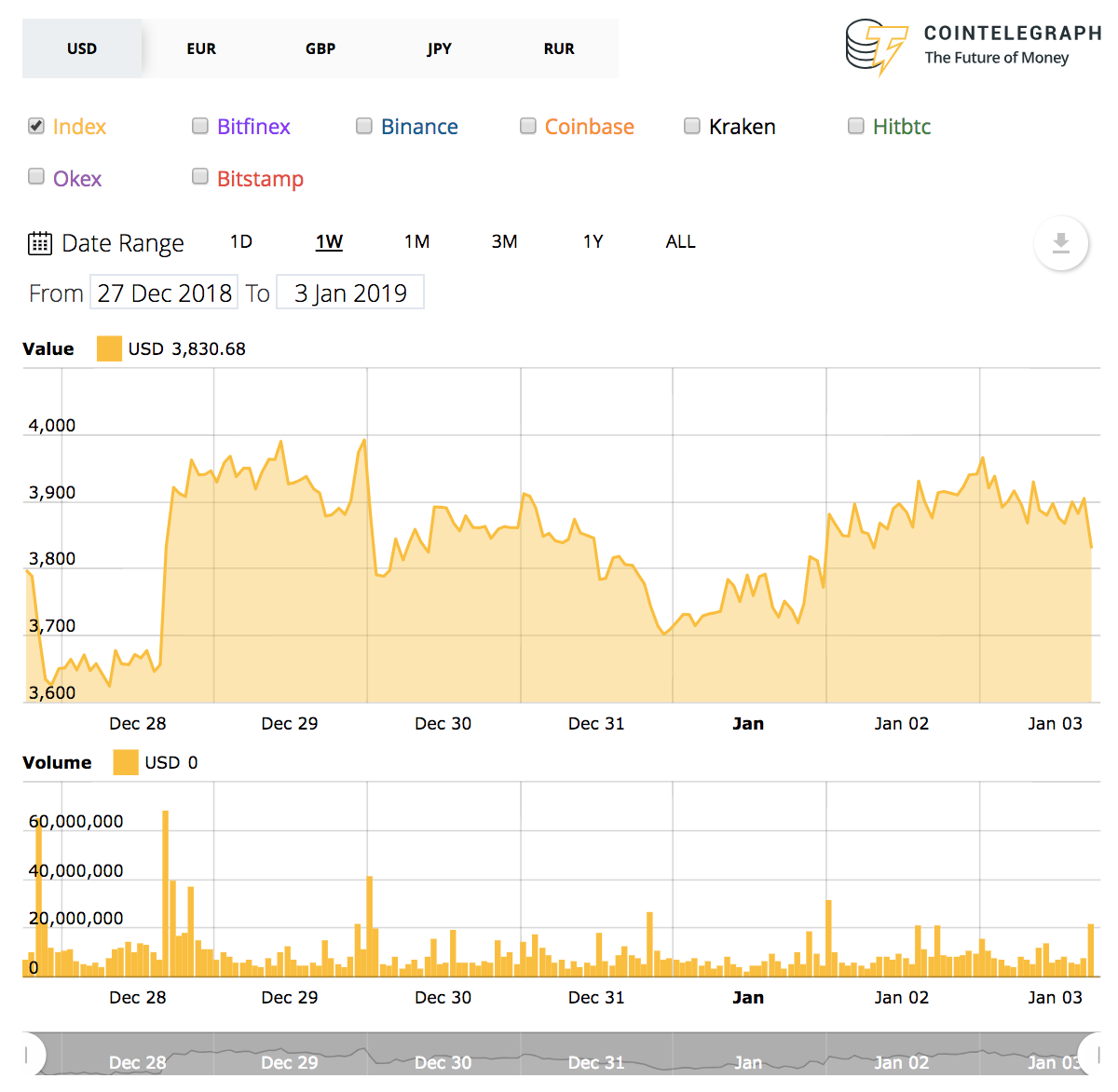 Despite today’s losses, Ethereum remains a bullish 23 percent in the green on its weekly chart — and has seen even higher over 37 percent growth on the month. 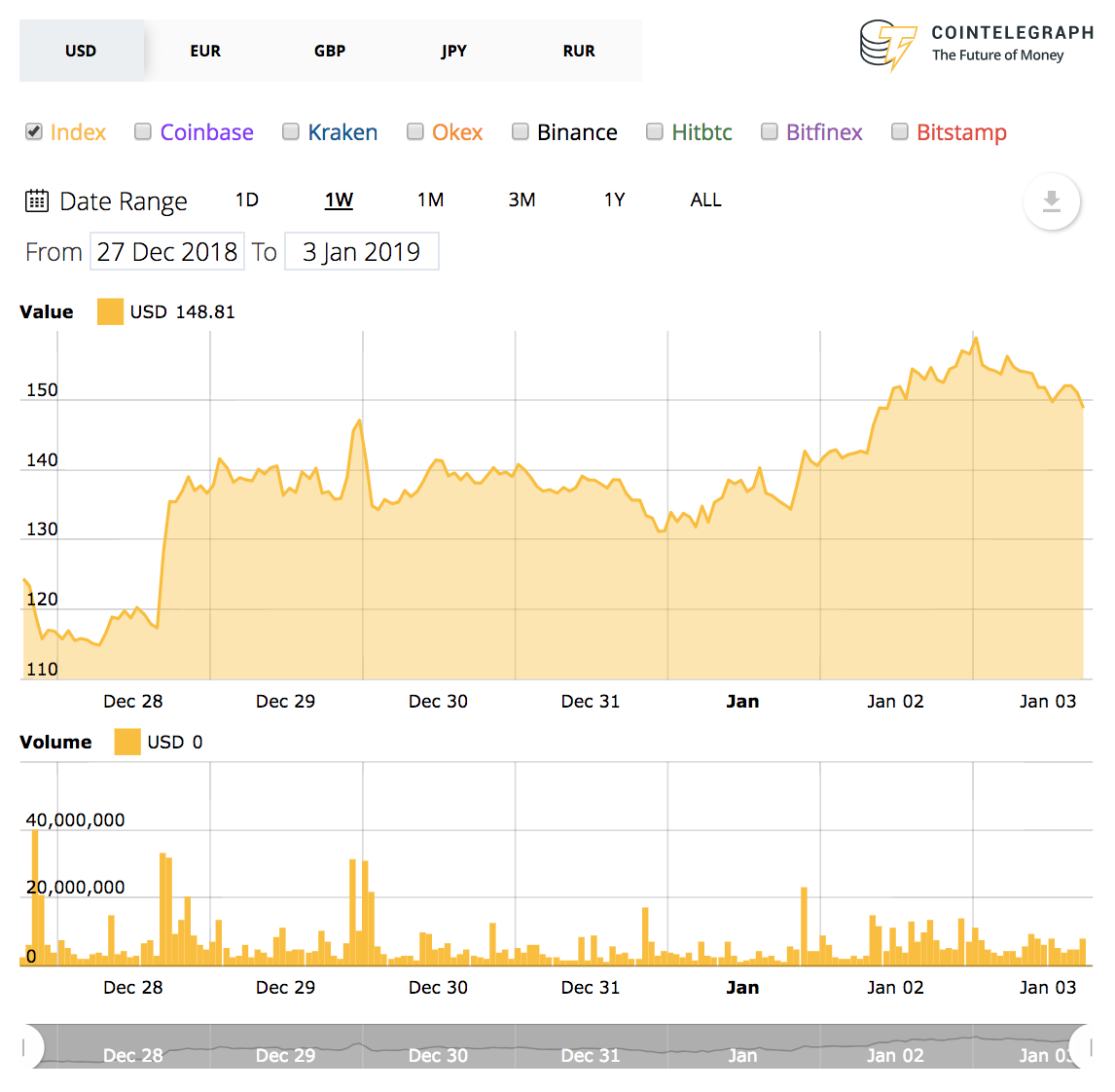 Ripple (XRP)’s losses have been slightly heavier, with the asset down just over 4 percent on the day to trade around $0.358. XRP has seen little change on the week, up just 1.4 percent. On the month, the coin is up 2.4 percent. 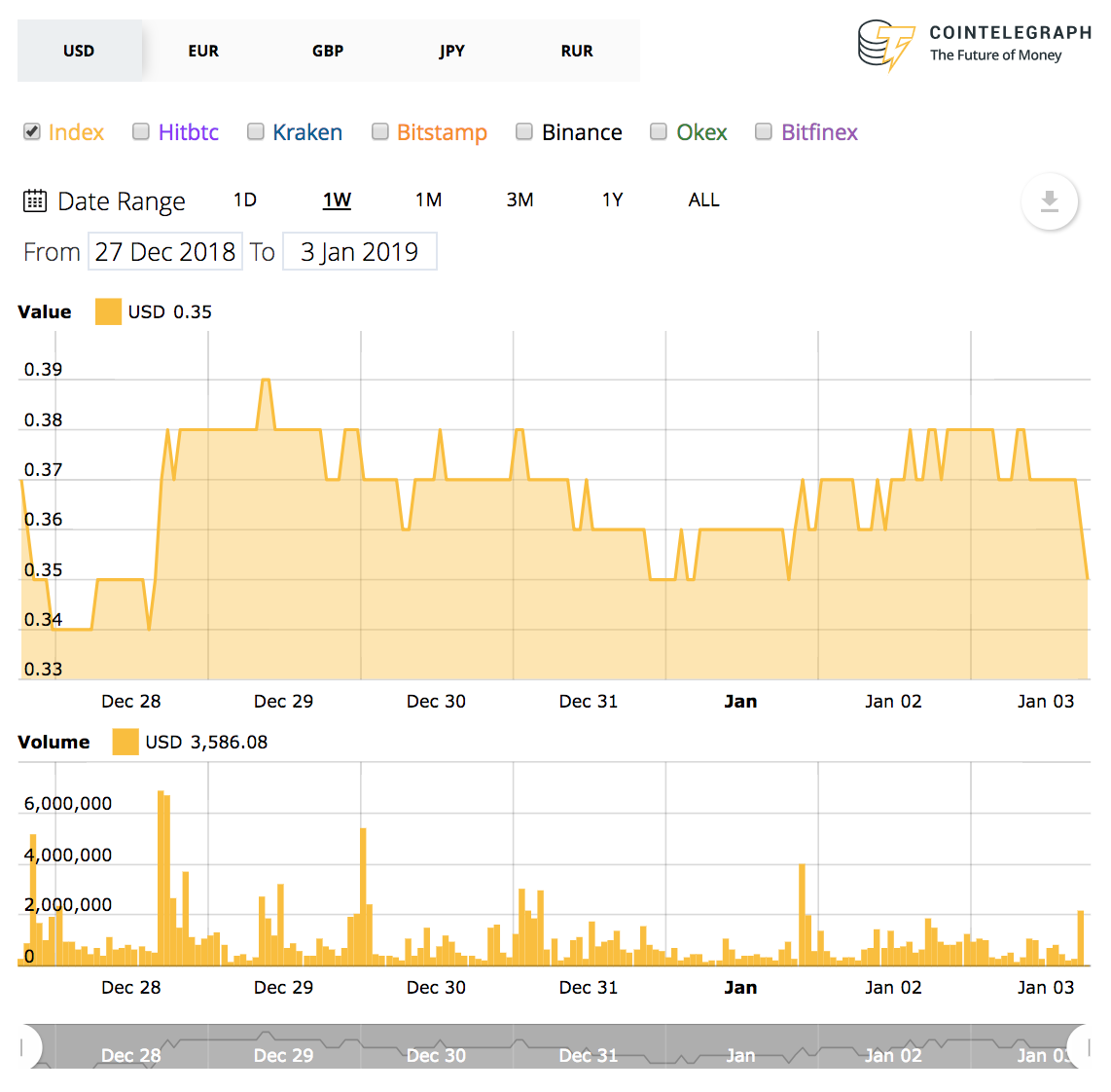 Among the remaining top ten coins on CoinMarketCap, EOS (EOS) is the heaviest 24-hour loser — down 6.26 percent on the day at $2.67. Recently forked Bitcoin SV (BSV) is also down a heavier 4.7 percent to press time — at $88.44. Litecoin (LTC) and Bitcoin Cash (BCH) are both seeing about 3 percent daily losses as of press time.

In the context of the top twenty coins, weaker performers are seeing 5-6 percent losses — such as privacy-focused alts Zcash (ZEC) and Monero (XMR), as well as Ethereum Classic (ETC).

Total market capitalization of all cryptocurrencies is at around $130.1 billion as of press time — shrinking by around $2.5 billion as compared with earlier trading hours today.

Earlier this week, digital assets platform Bakkt — created by the operator of the New York Stock Exchange (NYSE) — announced the completion of its first funding round, raising $182.5 million from 12 partners and investors.