All major cryptocurrencies are seeing some further corrections today, Bitcoin hovers around $3,800.

Friday, Jan. 4 — after crypto markets tipped back into red yesterday, most cryptocurrencies are today seeing some further corrections. All of the top twenty coins by market cap are seeing tempered losses on the day, as data from CoinMarketCap shows.

Top cryptocurrency Bitcoin (BTC), a day after the tenth anniversary of its genesis block, is down over 2 percent over the 24 hours to press time, and is currently trading around $3,798. The coin has failed to break back above the $4,000 price point, despite several bursts of growth over the course of the past week — and has largely traded range bound between $3,800 - $3,900.

Bitcoin is up about 3.5 percent on the week. One month ago, Bitcoin was trading around $4,000, and is down around 5.4 percent to press time. 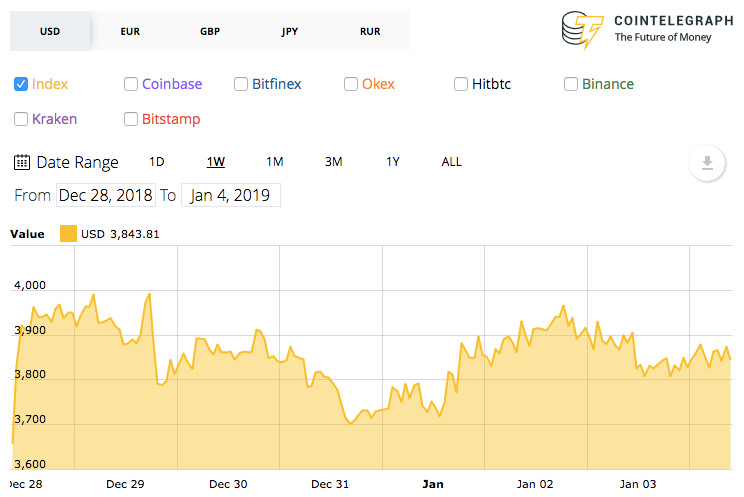 Ethereum is a bullish 28 percent in the green on its weekly chart — and has seen an impressive 34 percent in growth on the month. 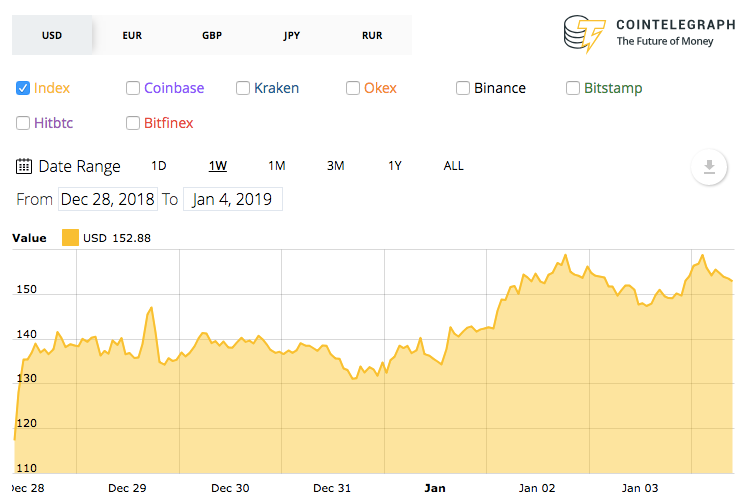 Ripple (XRP)’s losses have been slightly stronger, with the asset down just over 3 percent at around $0.35 to press time — bringing it close to full circle on its weekly and monthly charts. 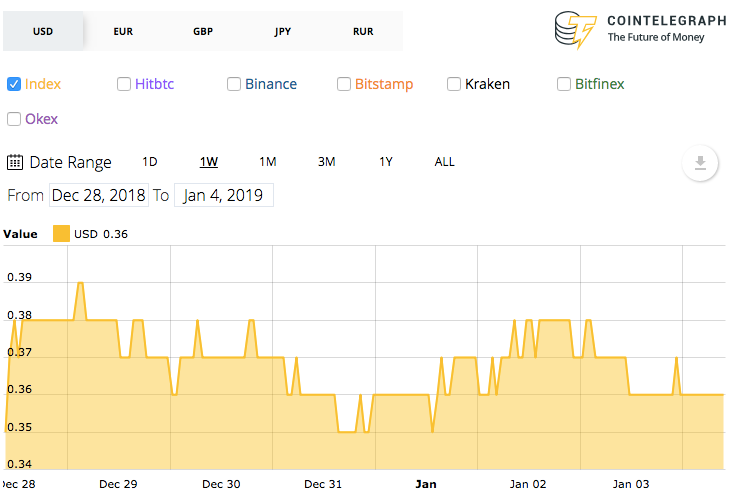 Among the remaining top twenty coins on CoinMarketCap, all are in the red, with losses capped below 5 percent.

Ethereum Classic (ETC) and NEM (XEM) have meanwhile both seen 24-hour losses of about 2.7 percent.

Total market capitalization of all cryptocurrencies is at around $128.8 billion as of press time — up from $122.4 billion at the start of the 7-day chart Dec. 28.

As reported yesterday, the over-the-counter (OTC) trading desk at cryptocurrency finance firm Circle reported a notional volume of $24 billion for 2018 — giving insight into the state of the liquidity of a sector of the crypto trading space largely used by institutional, rather than retail, investors.

In crypto regulatory news, the government of Ireland yesterday approved a bill that would give effect to the European Union Fifth Anti-Money Laundering Directive, which will impact cryptocurrency users.