TrustToken, the stablecoin operator behind usd-pegged token TUSD, announced a partnership with Binance. 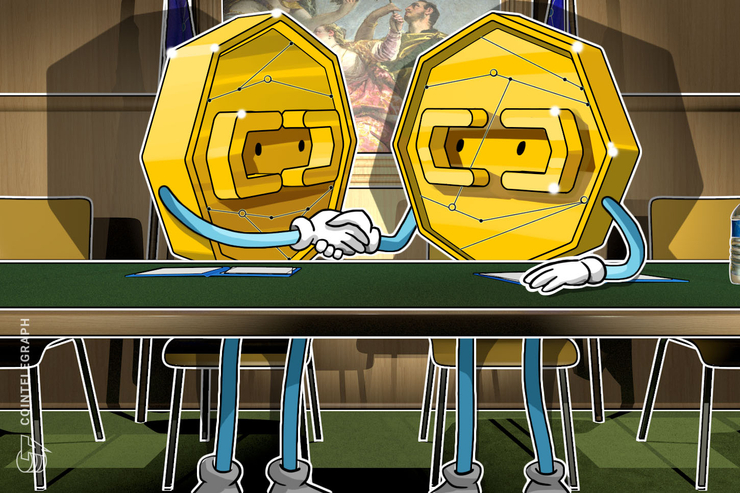 TrustToken, the stablecoin operator behind usd-pegged token trueusd (TUSD), announced a partnership with major cryptocurrency exchange Binance in a press release shared with Cointelegraph on June 4.

Per the release, as a result of the partnership, Binance users now will be able to buy TUSD for zero fees and redeem it for fiat currency.

A TrustToken representative told Cointelegraph in an email that they are “bringing a direct fiat-to-crypto onramp/offramp to Binance” to users following registration in their app. The spokesperson further noted that Binance also listed the paxos standard (PAX) stablecoin.

The spokesperson also claims that “at this time only TrueUSD is technologically capable of allowing users to purchase and redeem directly from their exchange wallets once they've registered in our app.” In May, Paxos announced that its users can now instantaneously redeem unlimited amounts of its tokens for United States dollars.

Furthermore, TrustToken co-founder and CEO Jai An promised that the firm “will be rolling out many more solutions to easily purchase and redeem TrueUSD.”

“We’re excited to be working with TrustToken to make purchasing and redeeming stablecoins both easy and secure.”

As Cointelegraph reported in April, TrustToken will release four new stablecoins this year that are pegged to Australian dollars, euros, Canadian dollars and Hong Kong dollars.

Yesterday, Binance’s chief financial officer told Bloomberg that the exchange will reportedly issue its own stablecoins within two months. Earlier this week, Binance reportedly revealed that they would be testing a British pound-backed stablecoin.