Bitcoin loses support for five figures, Craig Wright ordered to pay 500,000 BTC, and China’s digital currency may be further away than first thought.

After managing to maintain support above $10,000, Bitcoin (BTC) finally succumbed to bearish pressure this week — shedding $500 in a matter of minutes on Wednesday to stabilize at about $9,500. Altcoins weren’t immune to the sell-off either. Some, including Ether (ETH) and Binance Coin (BNB), actually fared far worse in comparison. Analysts have warned that monthly charts are also looking “ugly,” but optimists claim conditions in the Bitcoin market at present are not too dissimilar to the middle of 2016, when momentum was about to start taking the world’s biggest cryptocurrency to its record high of $20,000. It’s fair to say that other predictions haven’t aged all that well. Nigel Green, the CEO and founder of financial consultancy firm deVere Group, said he believed $10,000 was the new normal bottom price for Bitcoin — a support level that was wiped out a day later.

Craig Wright must forfeit 50% of Bitcoin in court case

The long-running case between Australian entrepreneur Craig Wright and the family of his late business partner Dave Kleiman looked like it was reaching its grand finale this week. A judge has ordered Wright to pay Kleiman’s brother Ira a whopping 500,000 BTC — approximately half of the sum that the self-proclaimed Satoshi Nakamoto allegedly stole. In an interview after the bombshell ruling, Wright suggested that the payout — worth approximately $5 billion — could inspire fresh volatility in the market, as the Kleimans may have to offload a substantial amount of BTC in order to pay federal estate tax at a rate of 40%. With many of Wright’s supporters falling silent, Bitcoin SV (BSV) proponent Calvin Ayre seemed to be a lone voice speaking out in his favor — and even then, Ayre erroneously claimed that a court had declared that Wright invented Bitcoin. 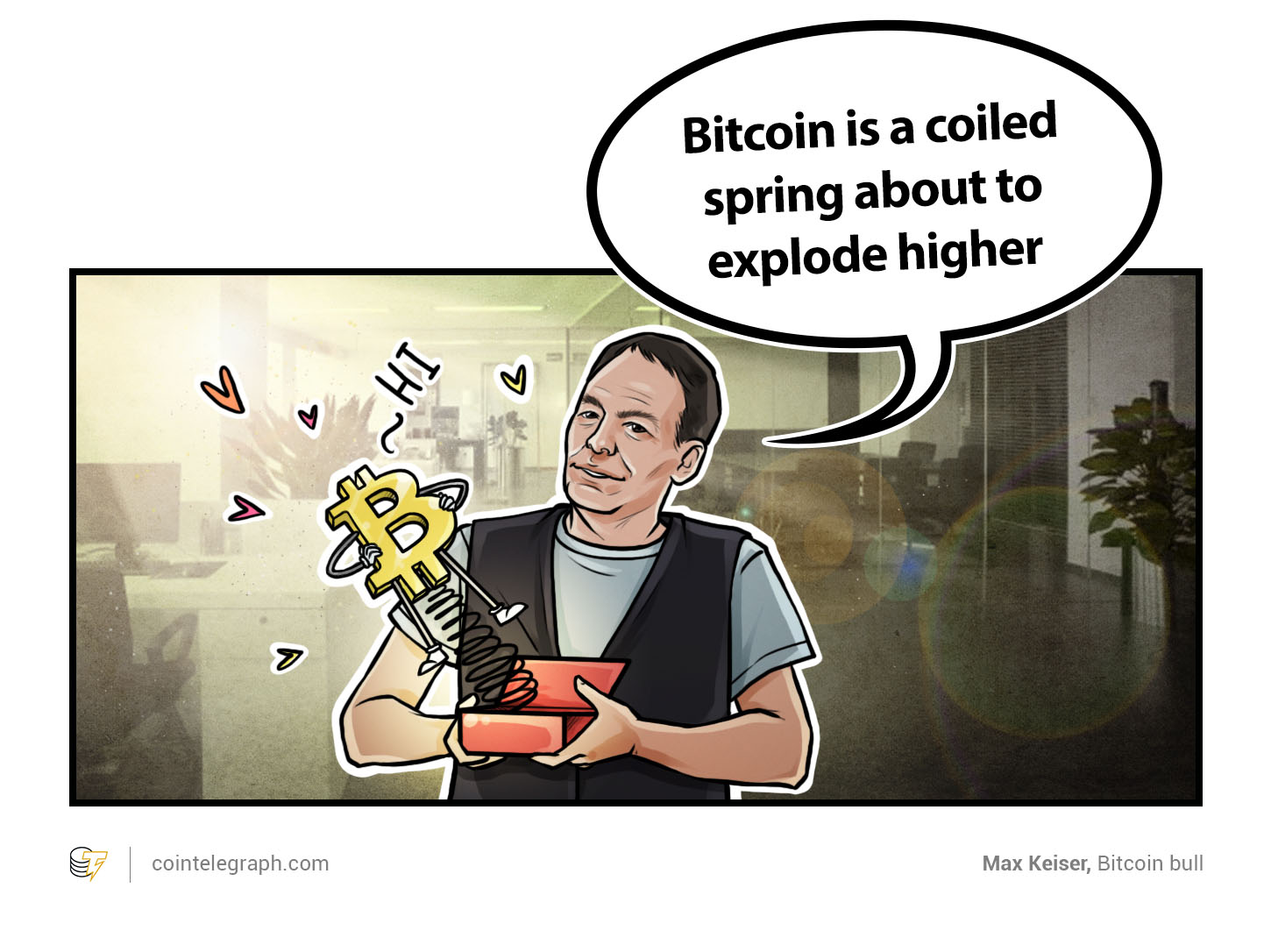 Confusion has been swirling around the People’s Bank of China’s plans to launch a form of digital legal tender — namely when it will become publicly available, and how it will work. There had been murmurings that the cryptocurrency could appear as soon as in November, but a Chinese state-backed newspaper has since claimed such reports are inaccurate. Beijing is widely regarded to be in a race with Facebook (and by extension the U.S.) to launch the first digital currency on this scale. Earlier in the week, another report had suggested that the online retail giant Alibaba and internet behemoth Tencent would be among eight organizations given access to the mystery China’s crypto first.

In other Libra developments, Facebook hired a Washington-based lobbying firm this week as it attempts to assuage concerns about the stablecoin. The FS Vector consultancy firm is going to deliver support on “issues related to blockchain policy,” according to the lobbying registration documents that were filed with the United States Congress this week. It seems John Collins, the FS Vector executive who is heading up the account, will have his work cut out for him. With Facebook choosing to register its Libra Association in Switzerland, American politicians met with the nation’s financial authorities to learn more about how they work. Alas, representative Maxine Waters said she was still concerned about “allowing a large tech company to create a privately controlled, alternative global currency.” 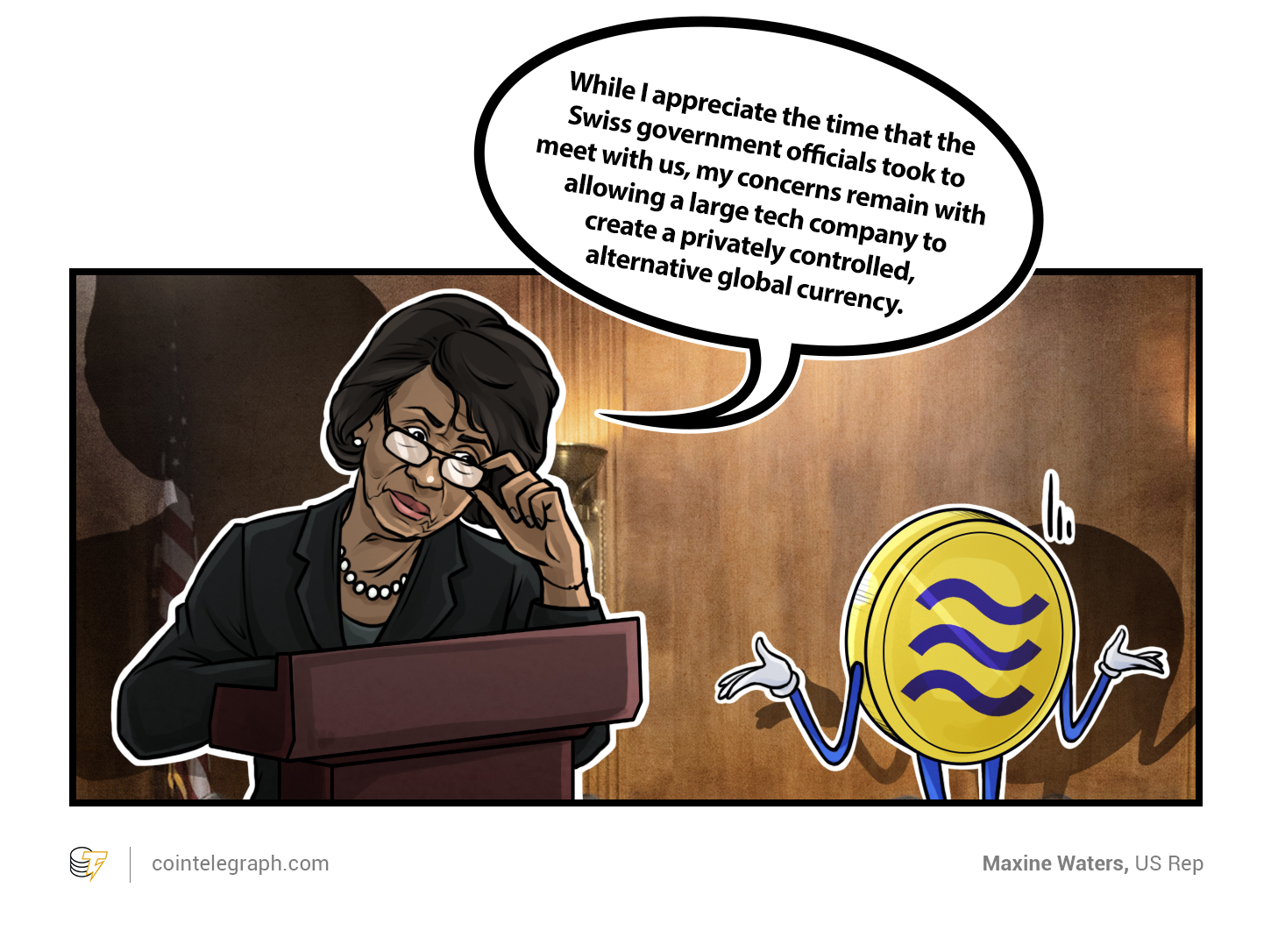 338,433,233% is an astronomical number. And, according to a new analysis of Crypto Godfather, that’s how Bitcoin has performed since 2010 — comfortably outstripping the returns offered by mainstream investments in internet firms. The earliest price data shows BTC was worth just $0.003 in March 2010, compared with a price point of $10,100 at the time Crypto Godfather’s data was shared. By comparison, the most lucrative investment in an internet firm since its public listing — in online advertising platform The Trade Desk — sealed a profit of 1,317% over the same period. Although such gains aren’t to be sniffed at, the difference is eye watering. 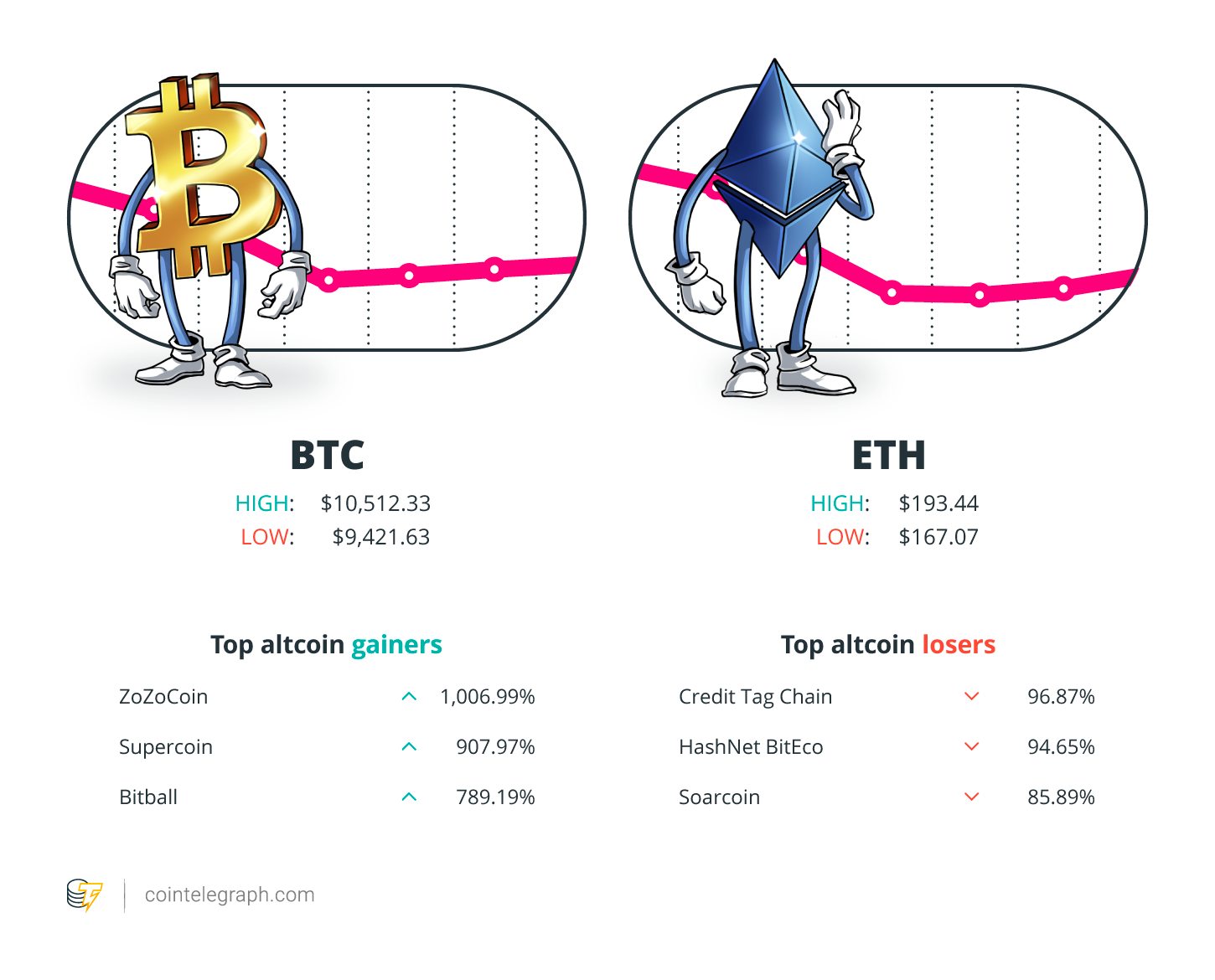 “I’m thinking about forking $XRP so we don’t have to deal with the founders dumping. — This will be a community effort. Retweet if you’re in.”

“Roughly about 90% I would put into the category of investments slash speculations, so it could be people who have a long term view on it, people who like to trade it and about 10% would be transactions.”

“Bitcoin is a coiled spring about to explode higher.”

“The banks and the financial institutions are not going anywhere. They're changing, but they're not going away. So, we're going to have to all play nice together.”

“Theoretically, more indicators of BTC involvement in serious illicit activity could further the image of BTC as the “money of dark net operators and criminals,” which could reduce broader adoption — and in turn, the price.”

Hopeful that Bitcoin will surpass its all-time high of $20,000 this year? I wouldn’t hold your breath, if I were you. New analysis suggests the odds are lengthening for investors betting on records being broken in 2019. There is now a 93% chance that this milestone will not be reached — nonetheless, October is being billed as “the most interesting month” for Bitcoin because of how the U.S. Securities and Exchange Commission is set to approve two Bitcoin exchange-traded funds (ETFs) — a review that could deliver a “watershed moment.” Not all forecasts are pessimistic, and according to LedgerX’s Oracle, there is a 31% chance of BTC/USD hitting $15,000 by Dec. 28. 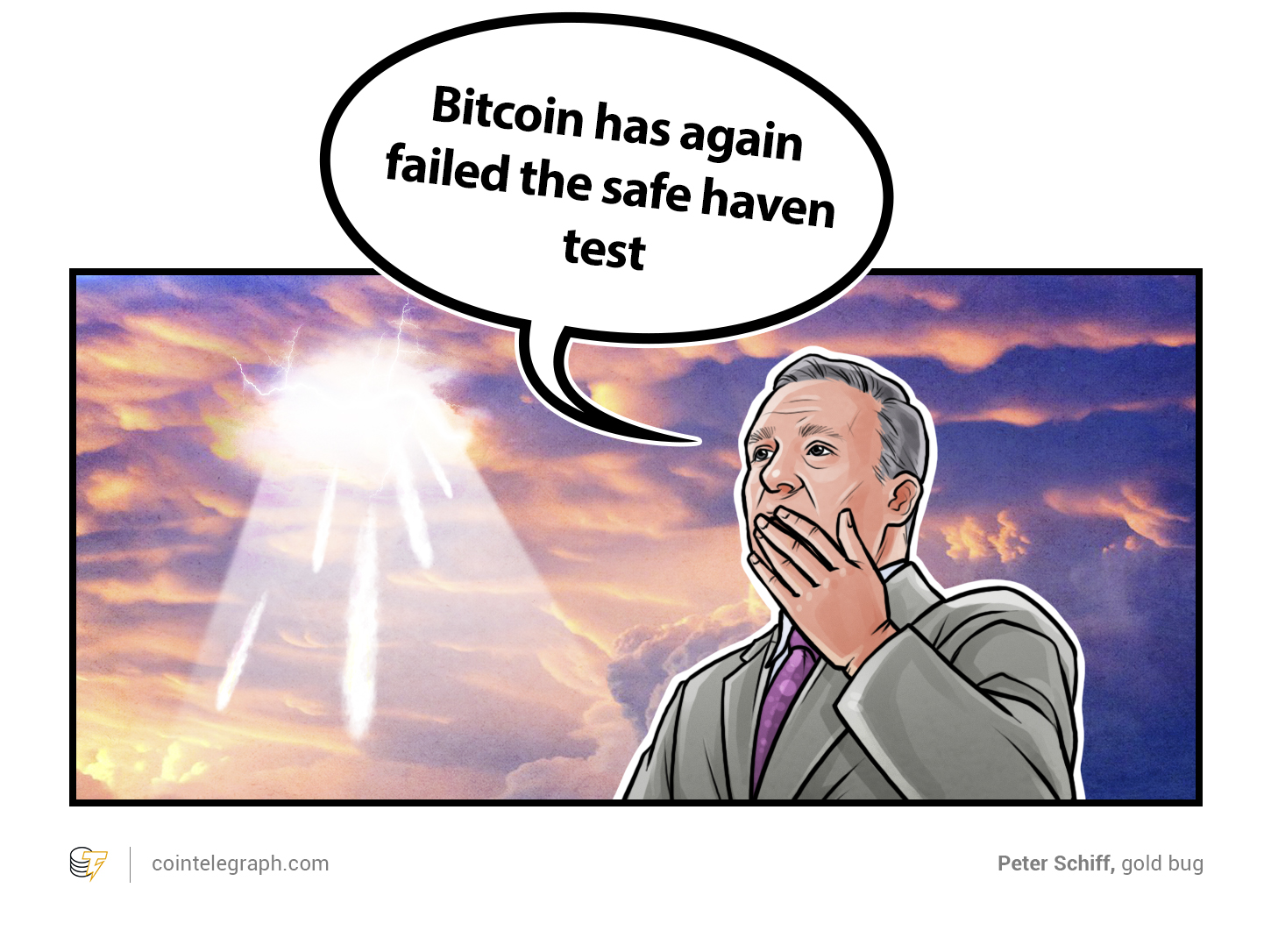 Police in France have shut down a massive botnet that was used for Monero (XMR) cryptojacking. It’s believed the botnet was distributed by sending virus-laden emails that promised victims erotic pictures or an easy way to make cash, and further propogated through infected USB drives. French officials added that the botnet had “massive firepower, enough to bring down all the (civilian) websites on the planet.” The unknown hackers installed a program to mine XMR without a user’s permission or knowledge — and bad actors also managed to extort money via ransomware, as well as to steal data from Israeli hospitals. The botnet’s server was located in Paris, and hundreds of thousands of affected computers has now been disinfected.

Report: Cryptojacking campaigns up by 29%, ransomware attacks up 118%

McAfee Labs says there was a substantial rise in cryptojacking campaigns and ransomware attacks in the first quarter of 2019. Instances of cryptojacking — where mining software is installed and operated without a user’s permission — have leapt up by almost a third. New malware families have also been detected for users of Windows and Apple devices. Meanwhile, ransomware campaigns have more than doubled — with one of them affecting a U.S. media company’s ability to print newspapers.

Chief of the United Nations Office on Drugs and Crime Global Cybercrime Program has claimed that cryptocurrencies are making it difficult for the authorities to combat money laundering. Neil Wals claimed that cybercrime and terrorism financing are also becoming harder to detect — and he suggested that crypto assets are being used by global child sexual exploitation networks. His warning came after U.S. Treasury Secretary Steven Mnuchin vowed that government agencies will be doing everything they can to prevent BTC and other cryptocurrencies from becoming an “equivalent of Swiss-numbered bank accounts.” 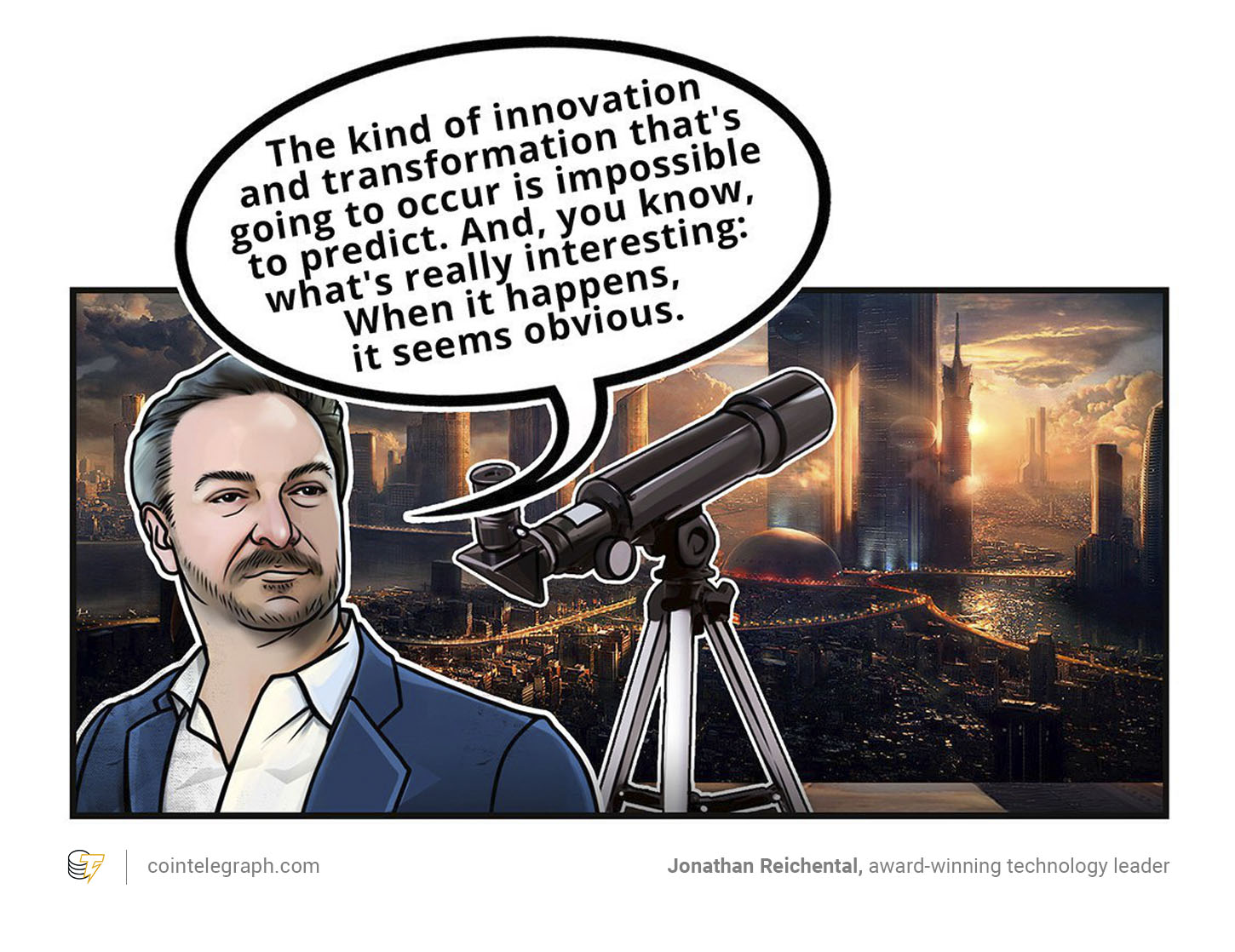 Crypto custody market overview — who are the biggest players?

With custody providers exploding in popularity, Cointelegraph’s Shiraz Jagati examines which companies are dominating this fledgling industry — and explores why they are gaining traction.

Paranoia and love: What pushes tech? A discussion with Prof. Reichental

Jonathan Reichental is widely regarded as one of the most competent opinion leaders in the innovation field of our time. He even counts former U.S. president Barack Obama among his followers on Twitter. Take a look at Cointelegraph’s head of features Kristina Lucrezia Cornèr’s in-depth interview with the professor.

Is Bitcoin protected as speech under the First Amendment? Experts answer

A long-held concept in the crypto world states that Bitcoin is code and code is speech — with speech protected under the First Amendment. We asked legal experts in digital rights, crypto and constitutional law to give their take on whether this is true.