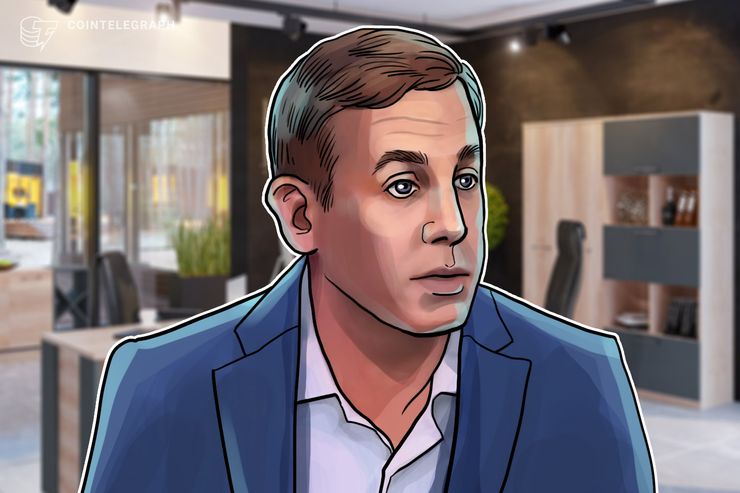 Bart Smith, digital asset head at U.S.-based global trading and technology firm Susquehanna, has said he is still a long-term Bitcoin (BTC) believer amidst the market crash during an episode of CNBC’s “Fast Money” Nov. 20.

Speaking just as the price of Bitcoin had plummeted to its lowest levels since October 2017, Smith — who is also known by the moniker of “Crypto King” — emphasized this was a “long game” and that “every great idea is volatile.”

He noted that while figures from the world of mainstream equity strategy might have taken to treating Bitcoin and other cryptocurrencies as an “asset class,” this is not what it was “originally” intended for. He stressed:

“The desire to have a non-sovereign form of currency has existed forever. Remember, [Bitcoin] came out of the depths of the [2008] financial crisis, let’s see what happens next year. Let’s see if central banks in the U.S. and Europe can unwind this thing successfully and then see what people want to own.”

Analyzing the recent market tumble, Smith suggested that the crypto space still lacks the capital to “absorb” abrupt sell-offs — such as the one recently sparked by the contentious Bitcoin Cash (BCH) hard fork last week (a conflict Smith called “juvenile”). He noted that:

“The on-ramps for new capital is very difficult [...] if you’re a global institution, it’s still very difficult for you to buy Bitcoin in the way you’d like [...] [for example] at Fidelity, or Bank of America.”

Without new capital on-ramp, he continued to argue, the resultant low liquidity, low volumes, and low volatility — just as the crypto space saw at the end of this October — creates an environment that is not resilient enough to absorb temporarily shaken confidence or shifts in investor sentiment.

Smith noted that Bitcoin creator Satoshi Nakamoto designed the supply of his non-sovereign, decentralized, peer-to-peer currency to finish only in the year 2140 — and this is the appropriate long-term vision and scope of Bitcoin as an invention.

As Susquehanna’s Smith alluded, U.S. investment firm Fidelity, which administers over $7.2 trillion in client assets, has also announced the launch of its own cryptocurrency business that it says will provide a “secure, compliant, and institutional-grade omnibus storage solution for bitcoin, ether and other digital assets.”