18 out of the 20 top cryptos by market cap are in the red today, while still seeing solid growth over the past 7 days.

Thursday, April 4 — following its first major bullish move in 2019, the crypto markets reversed to see red today, with Bitcoin (BTC) having dipped below the $5,000 threshold.

Out of the 20 top coins by market cap, only two altcoins are seeing some growth over the day. Ranked 17th and 18th by market cap, NEO (NEO) and Ontology (ONT) are up around 4.4 and 3.8%, respectively. 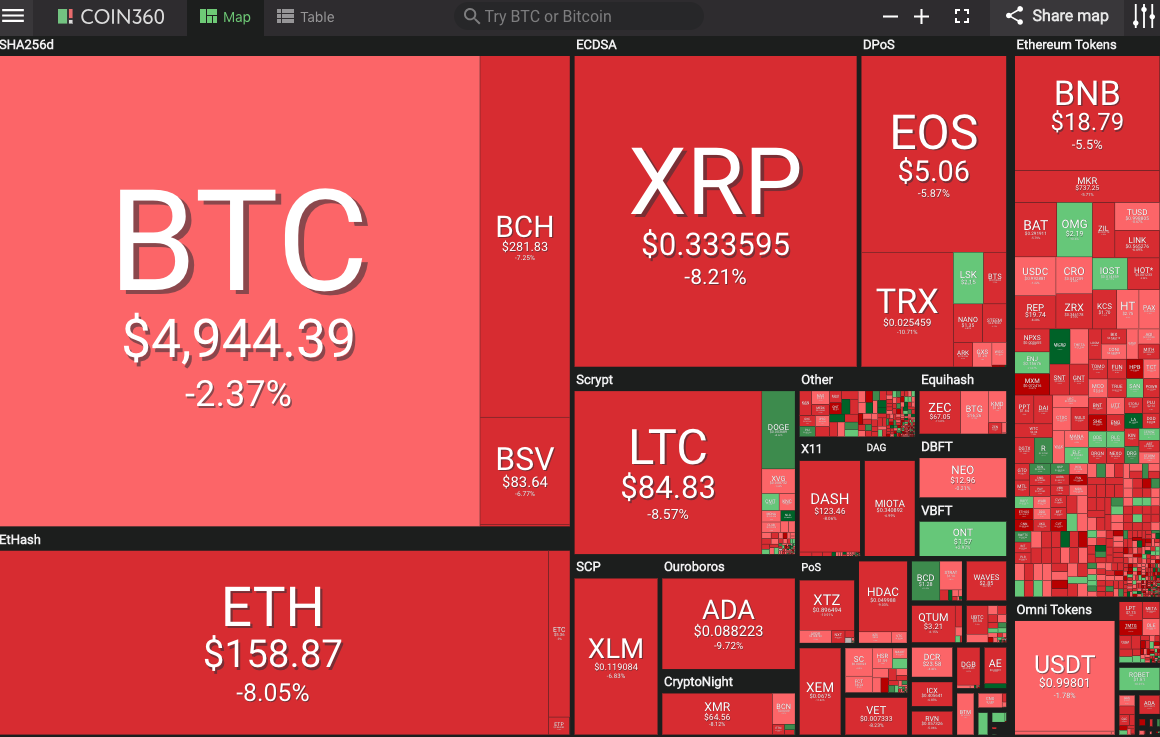 The biggest cryptocurrency, Bitcoin, is trading at $4,972, down around 2% over the past 24 hours. Having hit a multi-month high of $5,303 earlier on the day, Bitcoin is struggling to hold the $5,000 support, having dropped below the mark five times to date. The intraday low has amounted to $4,924.

With that, Bitcoin is holding significant momentum, up 22% over the past 7 days.

Meanwhile, Bitcoin’s dominance on the market has slightly increased, accounting for 51% of the market at press time, with a market cap of about $800 billion. 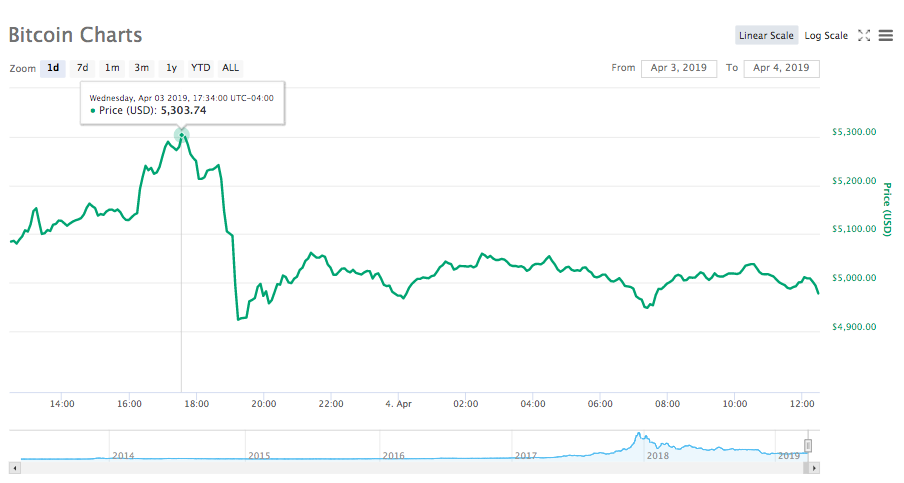 Ethereum (ETH), the second-top cryptocurrency by market cap, is down 6.3%, trading at $161 at press time. Following a crypto surge, Ethereum is up about 15% over the past 7 days. 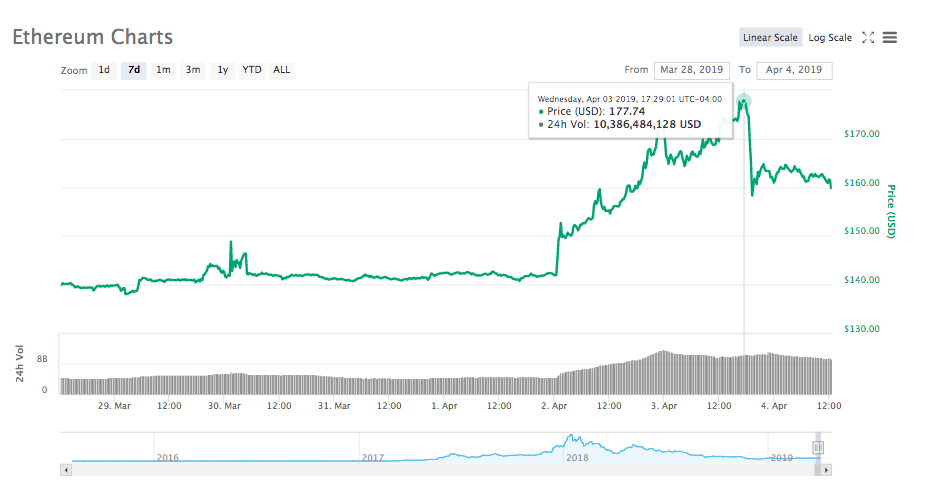 Bitcoin Cash (BCH), which skyrocketed over 50% yesterday, is down 5% over the past 25 hours. However, the coin is seeing a massive growth of almost 68% over the past 7 days, which is the biggest increase among top 20 coins by market cap.

The total number of cryptocurrencies listed on CoinMarketCap now amounts to 2,149.

Earlier today, Changpeng Zhao (CZ), CEO of the second-largest crypto exchange Binance, revealed that its fiat-to-crypto exchange subsidiary in Singapore will be opened later in April.

Following a crypto rally on April 2, Brian Kelly, the founder and CEO of digital currency investment firm BKCM, predicted that the next Bitcoin target will be $6,000. Also on April 2, Bitcoin analyst Tone Vays said that the crypto market surge may have no specific catalyst, and that lower prices could still be in the cards.

On the same day, software startup DataLight published a report claiming that within a decade,  Bitcoin is expected to usurp current global payment systems such as Visa, MasterCard and PayPal.

In the traditional markets, the S&P 500 Index is down .13% The CBOE Volatility Index is seeing a small gain around 1.38%, and the Nasdaq Composite is down about half of a percent.