The bitcoin price soared to as high as 394,000 Argentine pesos as major investors worry that a populist former president could return to a position of power.

8158 Total views
277 Total shares
Listen to article
0:00
News
Own this piece of history

The biggest cryptocurrency, bitcoin (BTC), has hit an all-time high versus the Argentine peso amid the ongoing decline of the currency, Financial Times (FT) reports on May 27.

According to the report, the bitcoin price has soared to as high as 394,000 pesos ($8,762.95 at press time) per coin, exceeding prices versus the Argentine peso not seen since the bubble in late 2017. 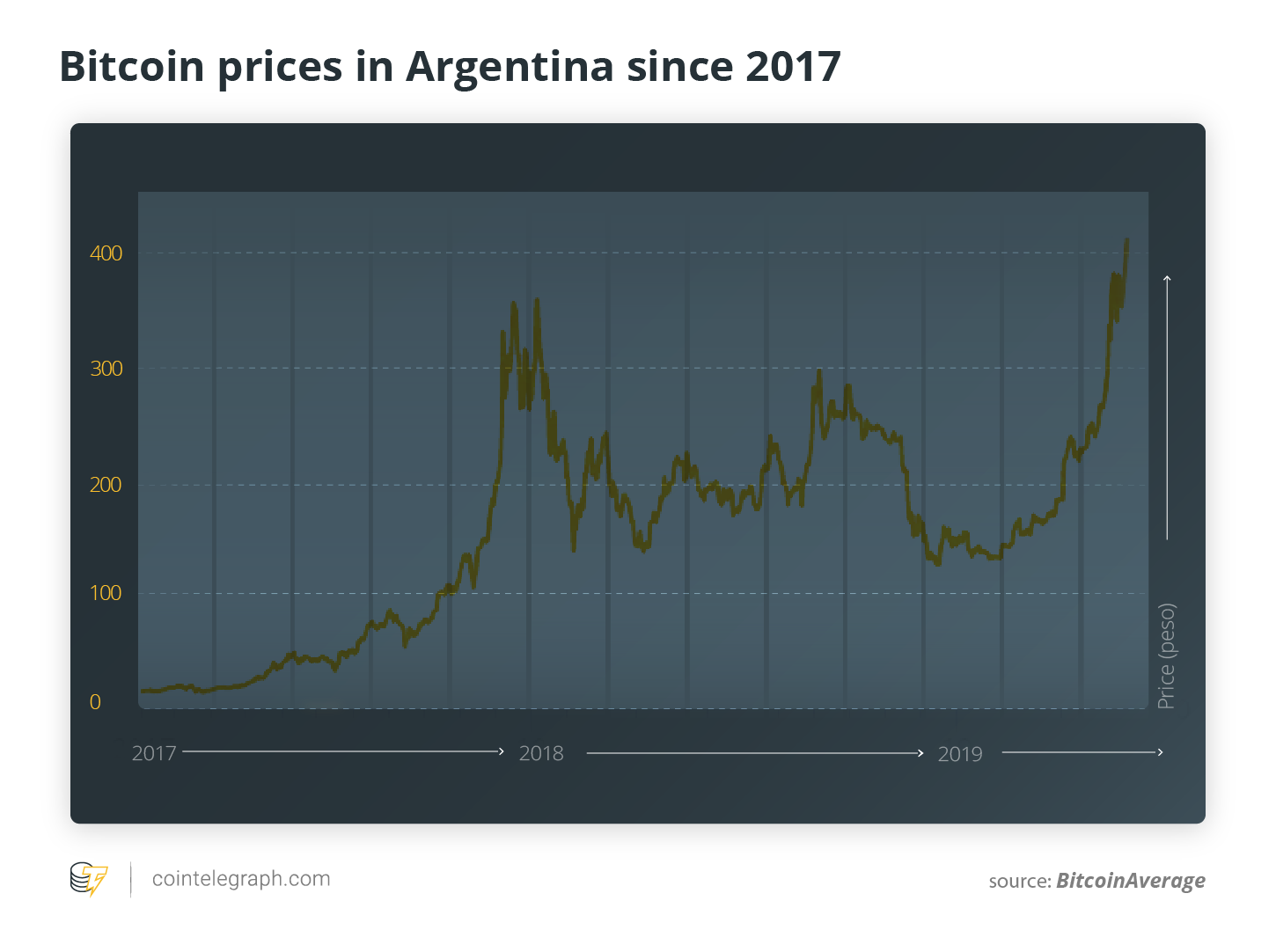 The new all-time high of bitcoin versus the peso takes place amid a crypto bull market this year, along with the ongoing depreciation of the Argentine peso against the U.S. dollar.

According to CNBC charts, the U.S. dollar has seen a massive growth over the peso during the past year. The new lows in the value of Argentina's currency are reportedly caused by uncertainties in the upcoming presidential election. 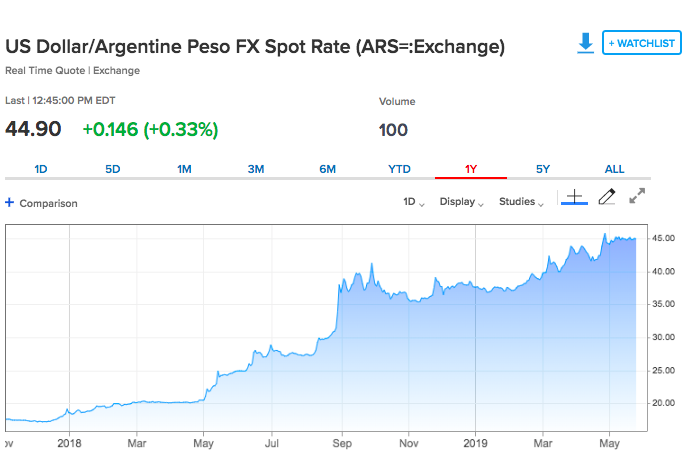 Despite the recent attempt to support the Argentinian economy by the International Monetary Fund (IMF), with the country’s central bank having allowed to use IMF funds to intervene in the peso, some analysts are reportedly concerned that the program could fail if the populist opposition wins the presidential election in October, as FT reported.

While investors support the current President Mauricio Macri, the opposition — in which former leftist president Cristina Fernández de Kirchner is running as a deputy to presidential candidate Alberto Fernández — has reportedly introduced a “democracy discount” to the peso.

Major global asset manager Amundi reportedly said that asset prices have reacted “very negatively” over the past month to the growing chance of Kirchner returning to power.

As FT noted, the peso dropped to new lows against the dollar in April, following a loss of more than half of its value last year, when both the peso and Turkish lira dropped amid investor expectations of rising U.S. rates.

Earlier in March, venture capital billionaire Tim Draper advised the president of Argentina to legalize bitcoin in order to improve the economic situation in the country.