Tuesday, March 12 — crypto markets are trading sideways, with total market cap hovering between $133–$134 billion, and Bitcoin (BTC) holding $3,900 for the most part of the day.

The top 20 cryptocurrencies by market cap are seeing mixed signals, with losses not exceeding 1.1 percent, while some coins have seen a growth of over 3 percent over 24 hours at press time. 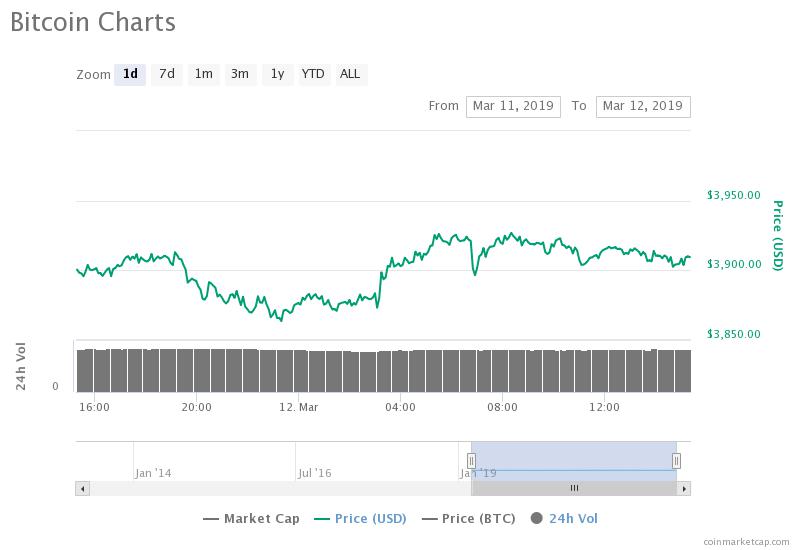 Today, United States Securities and Exchanges Commission (SEC) Chairman Jay Clayton confirmed that Ethereum and similar cryptocurrencies are not securities under U.S. law. However, according to recent reports, Clayton meant that he agreed that a digital asset’s definition as a security can change over time.

Recently, Ethereum mining pool Sparkpool confirmed that it had come to an arrangement with a user who accidentally sent it over $300,000 in mining fees on March 11. 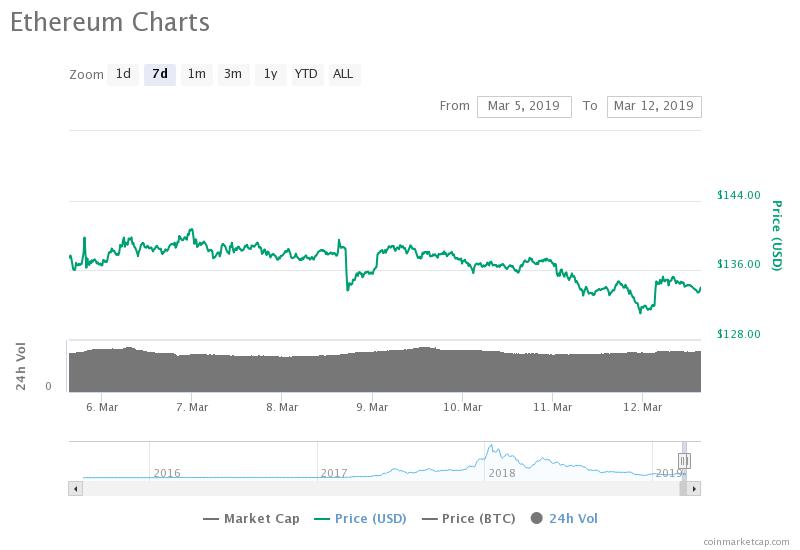 Ripple (XRP), the third top cryptocurrency by market cap, is down 0.03 percent, trading at about $0.3107 at press time. The major altcoin is down around 1.34 percent over the past 7 days. 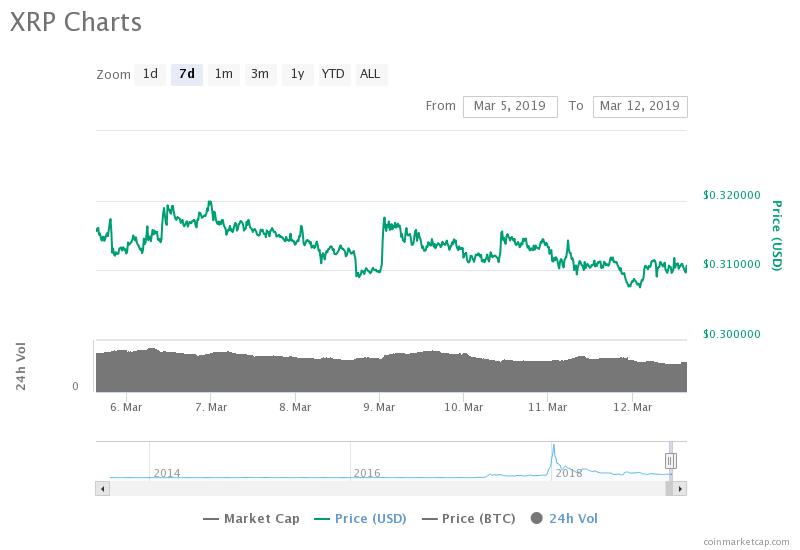 On the other hand, Cardano (ADA), is down around 0.7 percent today, which is the biggest loss among top 20 cryptos by market cap.

Total market capitalization has been hovering between $133–$134 billion for the most part of the day. Daily trade volume is $32 billion at press time. 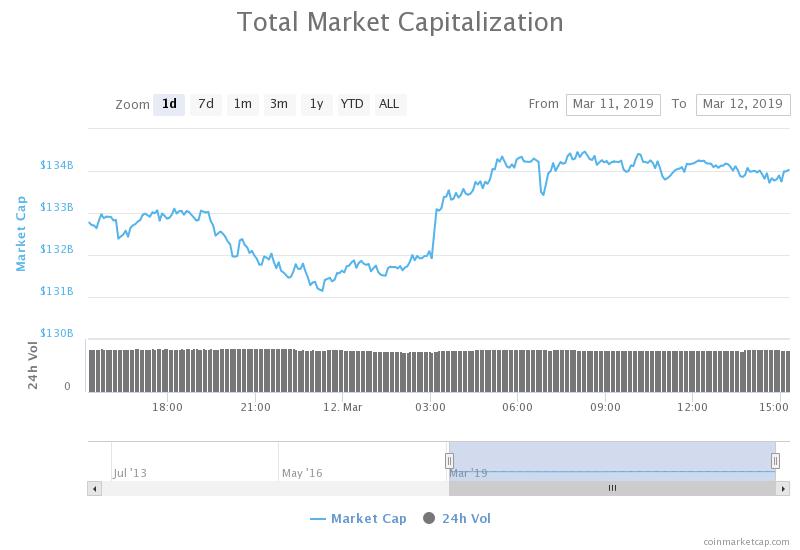 United States stock markets have seen mixed signals today, with the Dow Jones Industrial Average (DJIA) seeing a decline of 0.25 percent at press time, while S&P 500 (SPX) and Nasdaq (NASDAQ) Composite are up 0.4 percent and 0.6 percent, respectively. According to CNBC, DJIA’s fall took place amidst the drop of Boeing shares that fell more than 6 percent.

Meanwhile, oil prices have grown today, which is allegedly supported by Saudi Arabia’s plan for further voluntary supply curbs in April and by a reduction of oil exports from Venezuela due to a power outage, as CNBC reports. The global benchmark Brent crude and West Texas Intermediate (WTI) crude oil are up 0.2 percent and 0.25 percent, respectively, while OPEC has jumped 1.9 percent at press time, according to Oilprice.com.

Gold prices have also seen some growth on Tuesday, reportedly supported by a retreat in the U.S. dollar amidst Brexit negotiations between the European Union and United Kingdom, according to CNBC. Spot gold is up around 0.6 percent, while U.S. gold futures are up almost 0.9 percent at press time.