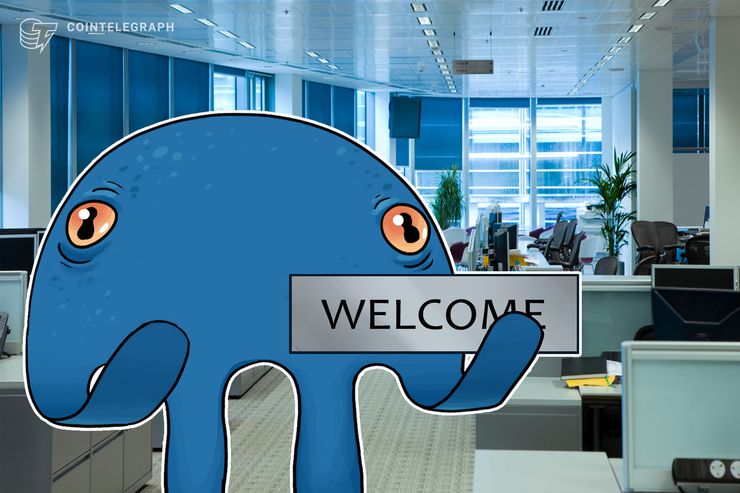 United States-based cryptocurrency exchange Kraken is expanding its team with new high level hires, according to the company’s blog post published on March 7.

In the post, Kraken announced five new appointments to its team. The new appointments will see Matt Mason as Chief Marketing Officer, Steve Hunt as Vice-President of Engineering, Nelson Minier as Head of OTC Sales and Trading, Bob Zagotta as Head of Business Operations and Strategy, and Mary Beth Buchanan as General Counsel.

Prior to joining Kraken, Mason was employed by Sony Pictures as Studio Head at a secretive innovation lab focused on game mechanics. Mason also served as head of marketing and Chief Content Officer at BitTorrent Inc., and has experience in the music and advertising industries.

Hunt has an over 20 years experience in the leading of engineering teams in the construction of algorithmic trading networks across major global financial markets at such companies as Jump Trading and Goldman Sachs. Minier has also a 20 year experience in managing trading desks at such firms as Credit Suisse, JPMorgan Chase, Citibank, and others.

Zagotta, meanwhile, has experience in developing and launching new businesses. He is joining Kraken from CME Group where he served as Senior Managing Director of Strategy and Execution. Buchanan’s legal career spans over 30 years, having worked at such organizations as Bryan Cave LLP, the United Nations and the U.S. Department of Justice.

Following the acquisition, trading volumes on Crypto Facilities significantly increased. Sui Chung, head of cryptocurrency pricing products at Crypto Facilities, told Cointelegraph that the company’s average daily trading volume was around $7 million per day in January. However, following the acquisition announcement, it increased to $32 million per day in February, reaching up to $110 million one day that month.