In this week’s Hodler’s Digest, Jay Clayton may not consider ETH to be a security, but the CBOE is over BTC futures contracts for now.

The founders of international cryptocurrency pyramid scheme OneCoin have been charged by a United States district attorney. Both Konstantin Ignatov and his sister Ruja Ignatova were reportedly arrested on March 6 in Los Angeles after being accused of “wire fraud, securities fraud, and money laundering offenses” after luring investors into putting billions of dollars into the fraudulent OneCoin cryptocurrency. The crypto organization — established in 2014 and based in Sofia, the capital of Bulgaria — works as a marketing network in which members receive commissions for attracting potential buyers to buy into the cryptocurrency, with reportedly over 3 million members globally.

Jay Clayton, the U.S. Securities and Exchanges Commission (SEC) chairman, has reportedly confirmed that Ethereum (ETH) and cryptocurrencies similar to it do not qualify as securities. Citing a letter written by Clayton in March, nonprofit crypto research organization Coin Center reported that Clayton has agreed that a digital asset’s definition as a security is “not static” and can change over time. While Clayton does not mention ETH directly, he states that he agrees that a digital asset transaction may not represent a security if the purchasers no longer expect a group to carry out entrepreneurial efforts. 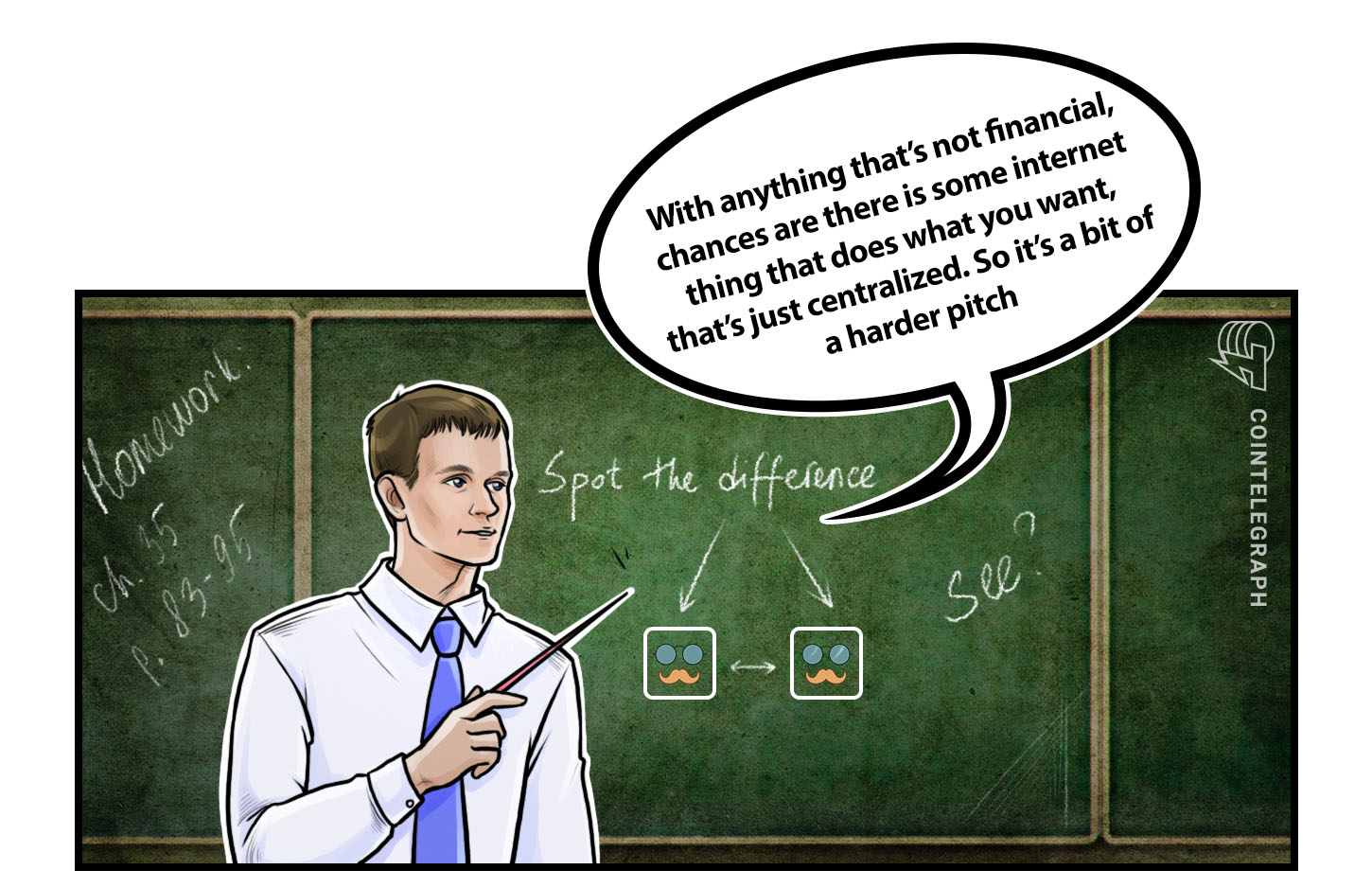 Stablecoin Tether (USDT), which has always claimed to be backed 1:1 to the U.S. dollar, drew scrutiny this week from the crypto community when the description of its holdings on its website was subtly changed. A new update to the site, date unknown, now reads that each tether is backed by its reserves, which, “from time to time, may include other assets and receivables from loans made by Tether to third parties, which may include affiliated entities.” Tether has previously faced criticism due to their lack of an official audit, although bank documents from the entity last fall had seemingly confirmed the validity of Tether’s backing claims.

The Chicago Board Options Exchange (CBOE) will not add a new Bitcoin (BTC) futures market in March, the firm said this week in a statement. According to the CBOE, the entity is re-evaluating its approach to how it handles trading digital assets, noting that it does not intend to currently list additional BTC future contracts for trading. The contracts that are currently listed will expire in June, and CBOE noted that those futures are still available for trading. The CBOE had launched Bitcoin futures in December 2017, a move closely followed by the Chicago Mercantile Exchange (CME).

Jared S. Polis, the governor of the state of Colorado, has signed the “Colorado Digital Token Act” into law this week. The legislation, which had initially been proposed in January and sponsored at the state Senate level by Republican Jack Tate and Democrat Steve Fenberg, allows for limited exceptions for securities registration and traders, including salesperson licensing requirements for those dealing in digital tokens. According to the language of the bill, a digital token is a digital unit that is secured through a decentralized ledger or database, and can be exchanged for goods or services and transferred without an intermediary. 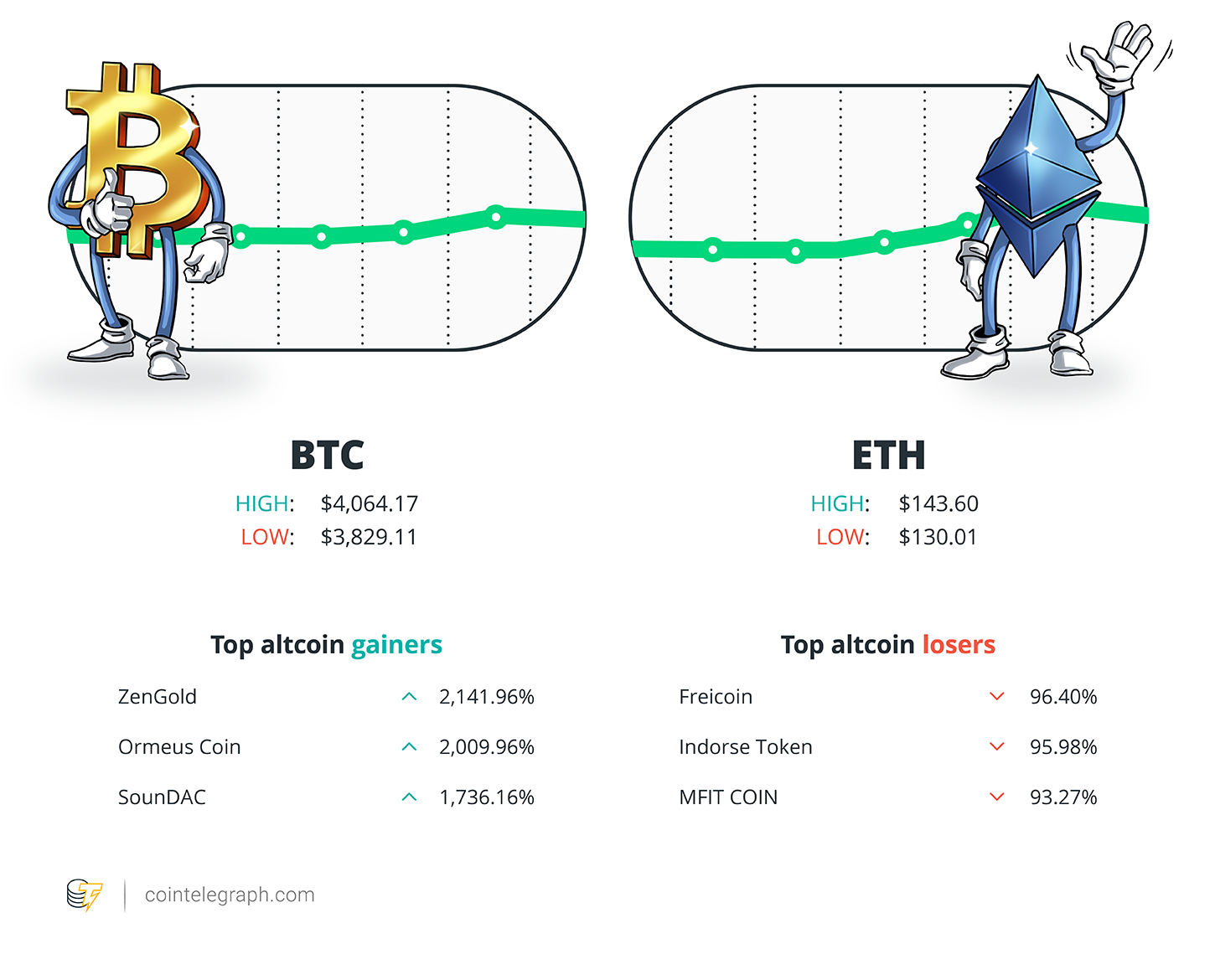 “With anything that’s not financial, chances are there is some internet thing that does what you want, that’s just centralized. So it’s a bit of a harder pitch.”

“I think, again, these markets could regulate themselves if we lived in a world where we allowed that.”

“I think Bitcoin is a technology rather than business opportunities.”

Thomas Lee, the co-founder of Fundstrat Global Advisors, said this week that he thinks that a Bitcoin bull run could return in the next six months, even after his December declaration that he would not give out crypto price predictions. Speaking in an interview this week, Lee noted that traders should look out for the 200-day moving average, adding that if Bitcoin can hold above $4,000 and crosses its 200-day moving average in August, “the outside window is five to six months before Bitcoin starts to look technically like it’s back in a bull market.” 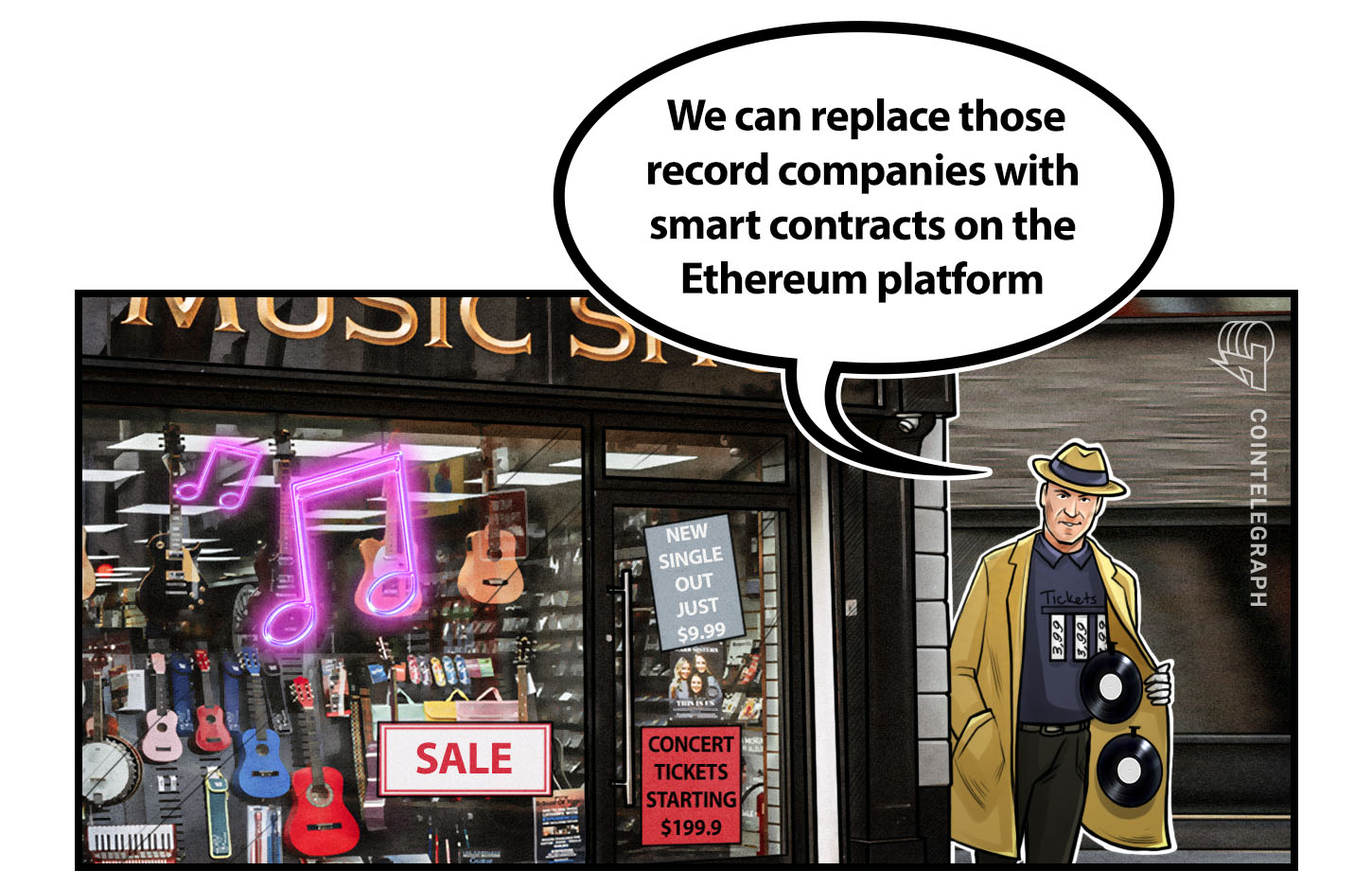 Bloomberg reported this week that key price movement indicators have shown that Bitcoin could be heading toward another downward move. According to the report, the technical gauges that signal long-term purchasing demand for BTC are deteriorating, which means that buying pressure could increase. Bloomberg notes that the main crypto’s Moving Average Convergence/Divergence (MACD) indicator — which follows the relations between two moving averages of the price of a security — has been moving downward since mid-February. Mati Greenspan, a senior market analyst at eToro, suggested that people are moving away from Bitcoin to altcoins.

Major hardware wallets manufacturer Ledger released information this week about five vulnerabilities in its direct competitor Trezor’s devices. These were found by Ledger’s Attack Lab, which hacks into both its own and others’ devices in order to find security weaknesses. According to Ledger, both the Trezor One and Trezor T wallets face problems with the possibility to backdoor the devices with malware, as well as using side-channel attacks to guess the PIN value. Trezor has responded, noting that the vulnerabilities are not critical as they cannot be exploited remotely and all require physical access to the device.

A U.S. District Court has subpoenaed Jeff Garzik, a software engineer and Bitcoin pioneer, in relation to the $4 billion lawsuit against Craig Wright — self-proclaimed Satoshi Nakamoto. The suit, filed last February with the family of computer scientist David Kleiman, alleges that Wright stole up to 1.1 million BTC after Kleiman (rumored to be one of the original BTC developers) passed away. After Kleiman’s death in 2014, Wright had contacted the estate with the stated intention of helping to dispose the Bitcoin fortune, with Kleiman’s family now claiming that Wright did not return the funds. 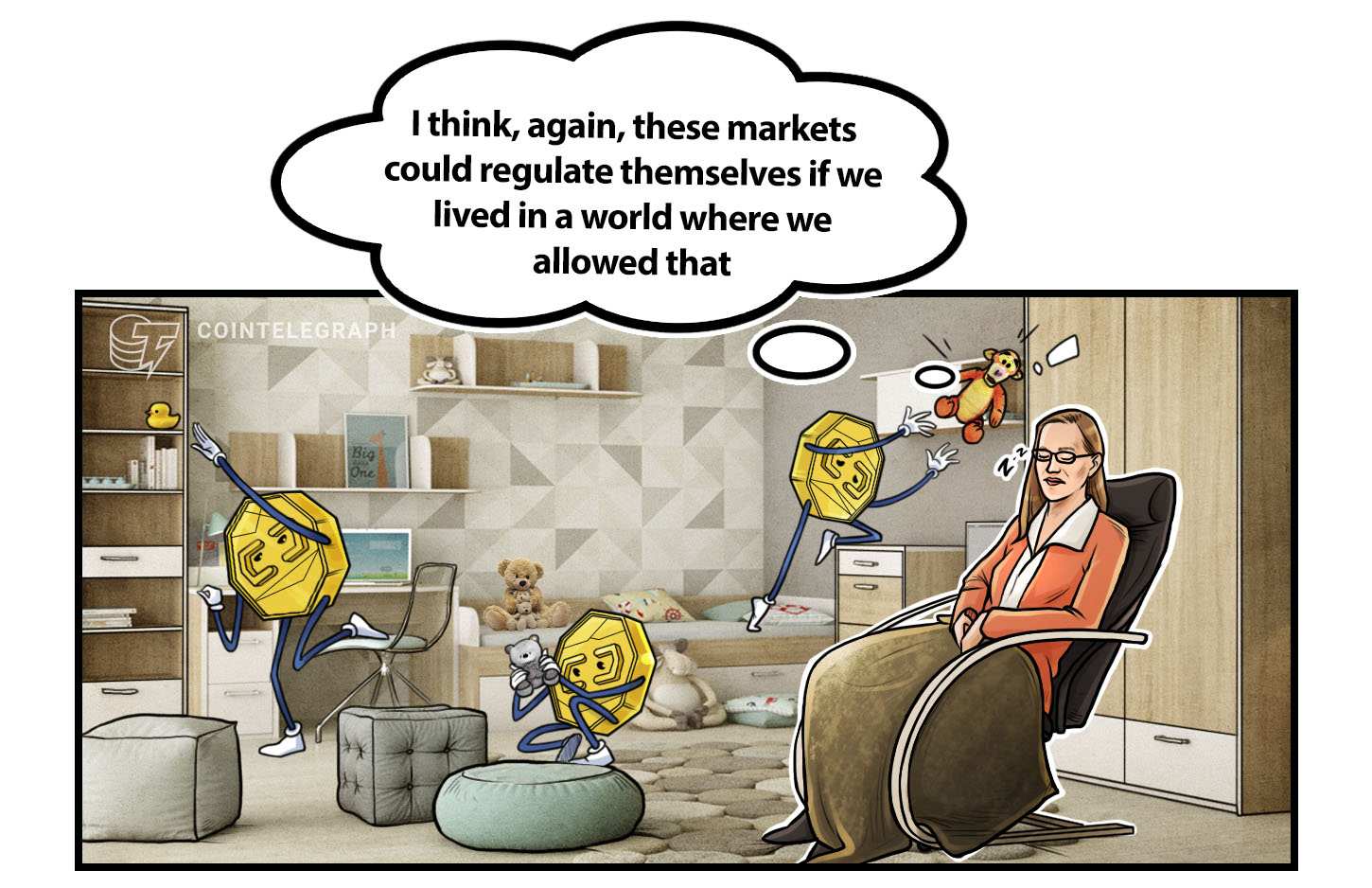 In this dedicated analysis, Cointelegraph looks at how big institutions like Kroger and Starbucks, which have shown an interest in cryptocurrencies, have paved the way for hope that crypto could eventually be integrated more seriously into retail payments.

During the crypto hype in 2017, a former iced tea company decided to change its name to include the word “blockchain,” seeing an immense jump in stock price even though the actual company had little to do in the crypto space. Cointelegraph examines what exactly Long Blockchain Corp. is doing after only recently leaving the beverage business.