Kik has launched a Defend Crypto campaign, while Facebook’s crypto coin could face some demographic challenges.

Coming every week, the Hodler’s Digest will help you track every single important news story that happened this week. The best (and worst) quotes, adoption and regulation highlights, leading coins, predictions, and much more — a week on Cointelegraph in one link.

Kik, a Canadian tokenized social media startup, has launched a $5 million crypto initiative in order to fund a lawsuit against the United States Securities and Exchange Commission (SEC). Kik CEO Ted Livingstone, also the founder of Kik’s crypto project the Kin Foundation (KIN), announced the formation of the Defend Crypto fund, which plans to legally challenge the SEC to get regulatory clarity surrounding the definition of securities in regard to cryptocurrencies. The fund will use major U.S. crypto exchange and wallet Coinbase’s custody service. The DefendCrypto campaign comes in the wake of the SEC’s actions against Kik’s $100 million initial coin offering (ICO) sale held in 2017, after which the regulator said that it had violated securities laws.

Facebook’s payment-focused cryptocurrency, reportedly called GlobalCoin, could face demographic challenges, according to research from crypto analysis firm Diar. According to Diar, Facebook’s long-rumored native cryptocurrency that will reportedly launch in 2020, could face the aforementioned challenges due to the aging demographics of the social media giant’s user base. The older generation that uses Facebook reportedly does not have enough awareness about digital currencies, and Facebook’s younger user base purportedly is not wealthy enough to use the rumored coin in a significant way. Diar also noted that Facebook will need to enter into partnerships with traditional financial institutions. 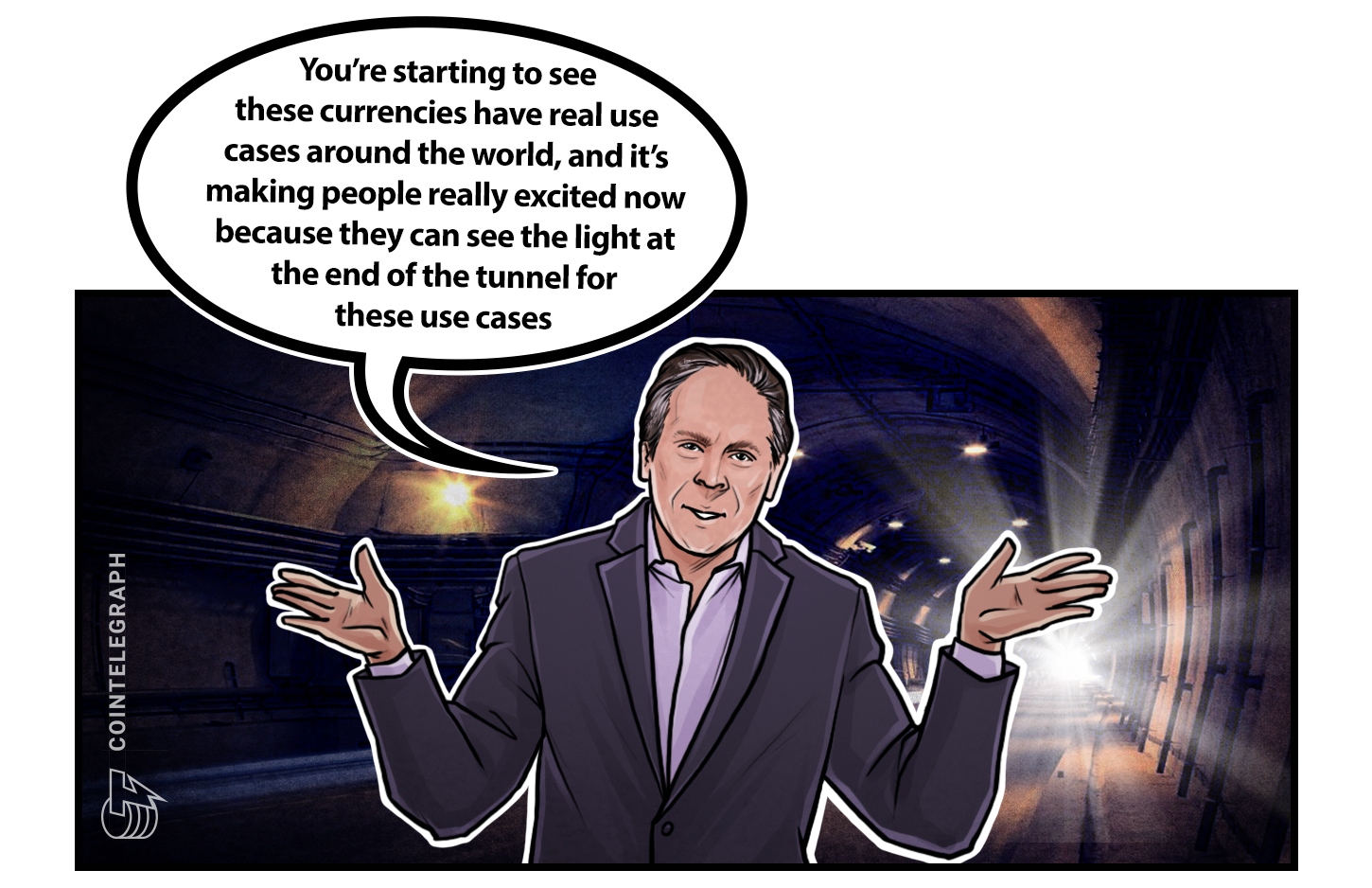 Bitcoin (BTC) has hit an all-time high versus the Argentine peso during the ongoing decline of the country’s national currency. According to the Financial Times, bitcoin’s price reached as high as 394,000 pesos ($8,801 at press time) per coin, which are prices that have not been seen since the crypto spike in late 2017. Bitcoin’s all-time high in Argentina comes during a crypto bull market this year, in conjunction with the ongoing depreciation of the Argentine peso against the U.S. dollar. In fact, earlier this year, venture capital billionaire Tim Draper had advised the president of Argentina to legalize bitcoin so that economic situation in the country could improve.

According to a senior FBI official, U.S. sanctions incentivized North Korea to launch cyberattacks involving cryptocurrency. Tonya Ugoretz, deputy assistant director of the FBI’s cyber division, said at an event this week that the financial strain brought on by sanctions meant that North Korean state actors had turned to cybercrime as a way of bringing in money. Cointelegraph has previously reported that Pyongyang is suspected to be behind several major campaigns involving cryptocurrency ransomware and theft in recent years. Erin Joe, director of the Cyber Threat Intelligence Integration Center under the U.S. Director of National Intelligence, said at the same event that there is a “huge effort in the FBI, and also several other entities across government, looking at ways to stop malicious activity (surrounding) cryptocurrency.”

Forbes reported this week that digital currency investment firm Dadiani Syndicate was reportedly approached by a wealthy client to buy as close to 25% of the bitcoin supply as possible. The firm, a peer-to-peer network where people trade with each other in crypto, made news last year when it put 49% of Andy Warhol’s 1980 work "14 Small Electric Chairs" up for sale for bitcoin and other digital currencies. This week, the firm’s founder said that "one of our clients approached us and said they were interested in acquiring 25% of all bitcoin currently available. There are a number of entities who want to dominate the market." However, Dadiani noted that acquiring a quarter of the current 17.7 million BTC supply would not be possible without significantly affecting the market. 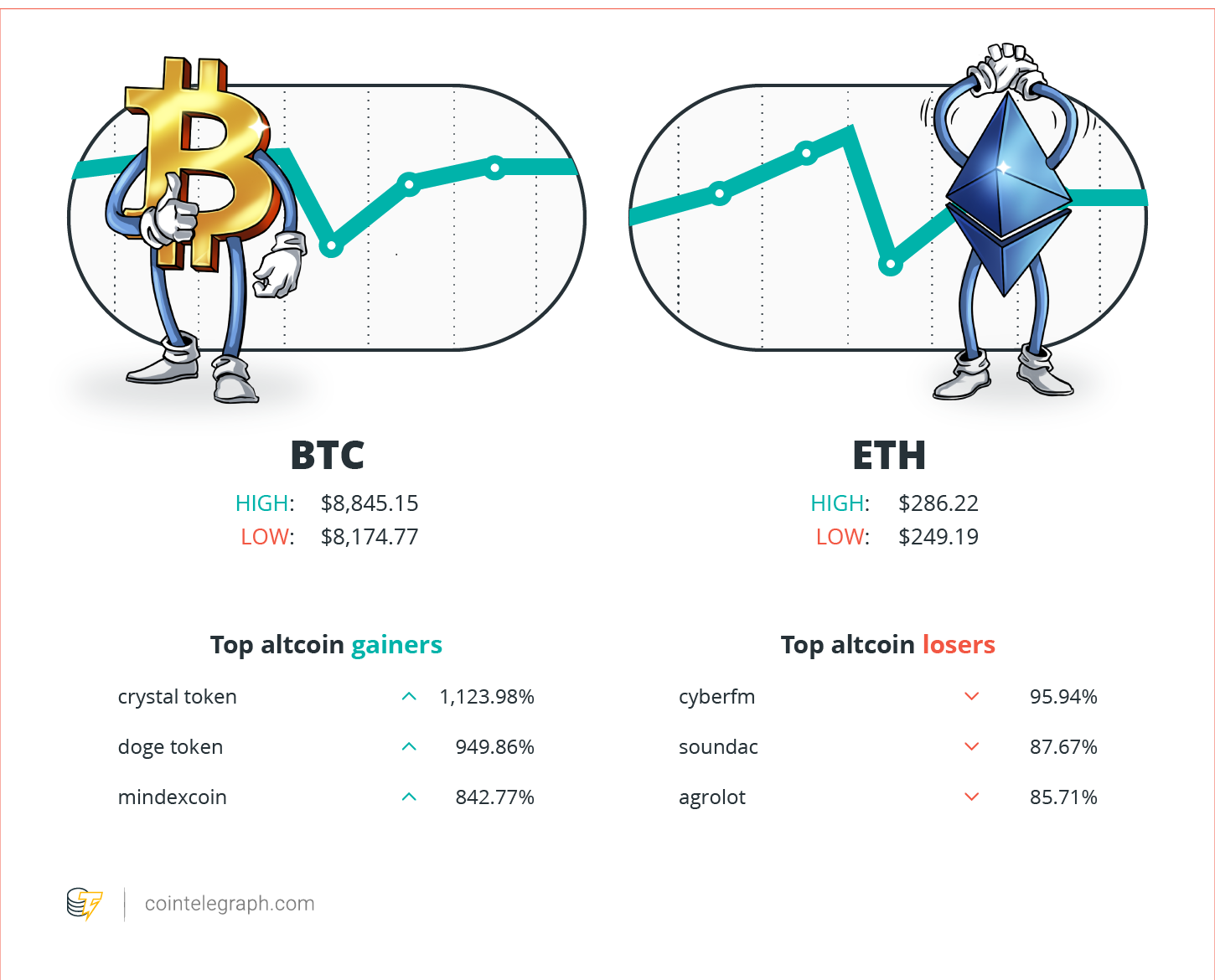 “In the modern world, the real killer app is clearly messaging integrated with payments with popular applications in the same namespace — like WeChat in China, and what Facebook is turning into. [...] It’s WeChat with blockchain inside.”

“You’re starting to see that these currencies have real use cases around the world, and it’s making people really excited now because they can see the light at the end of the tunnel for these use cases.”

“The amount of cash in circulation is declining in some countries. This could mean that one day, even if it seems like a distant prospect — every single person will have to have an account with a private entity just to make payments. Unfortunately, this may lead to increased levels of financial exclusion.”

Vitas Vasiliauskas, chairman of the board of the Bank of Lithuania and a member of the Governing Council of the ECB

“We have to make sure that if we offer a dex that we’re doing it in a way that is safe and secure and compliant. I think that there’s not a lot of clarity right now on how that would work. We think this space is interesting but we’re not actively investing in it right at this moment.” 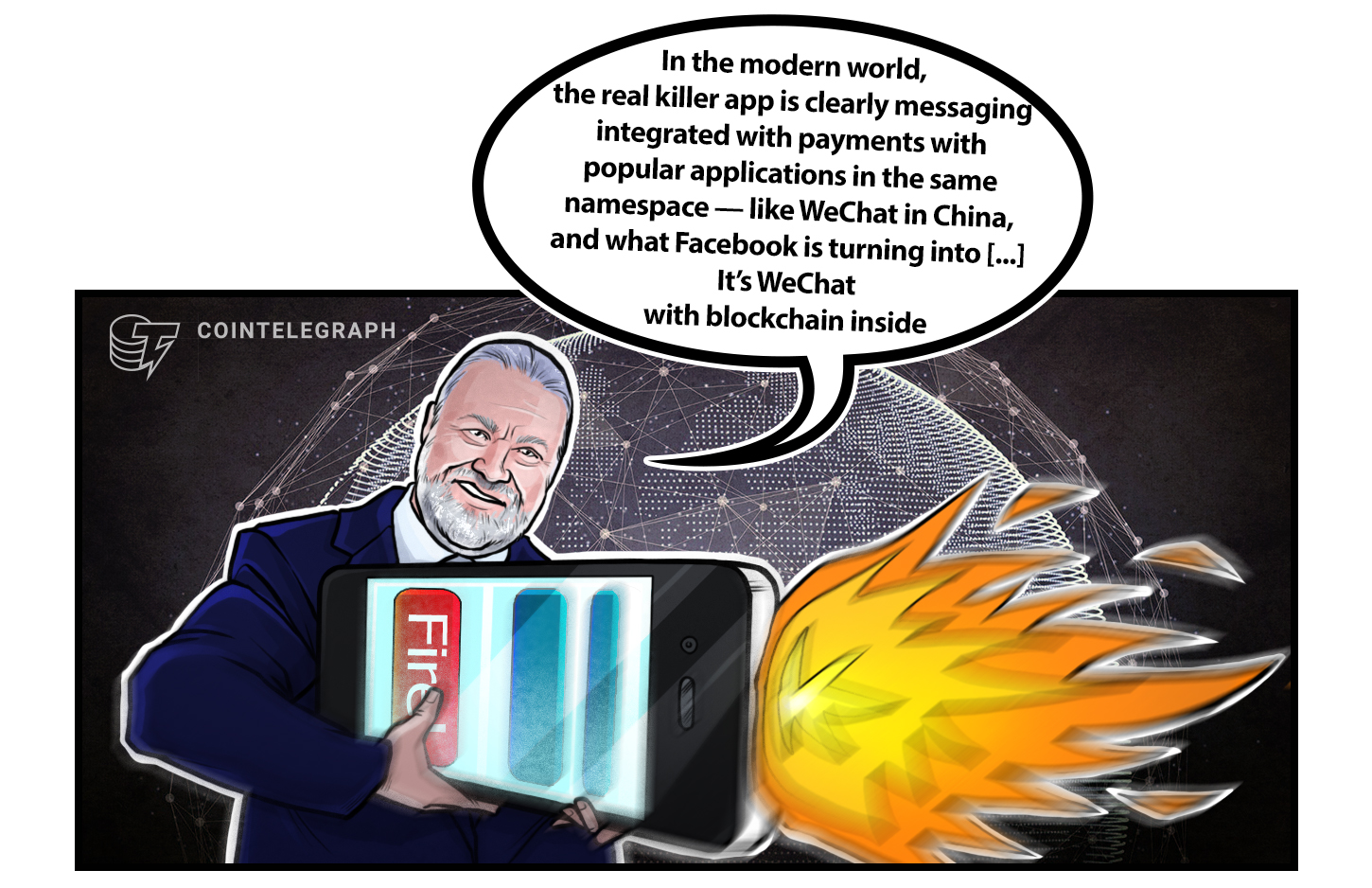 Jehan Chu, co-founder of Hong Kong-based blockchain investment firm Kenetic, predicted that bitcoin (BTC) will rally as high as $30,000 by the end of 2019. Speaking in an interview with Bloomberg Markets: Asia, Chu said that bitcoin will continue its bullish direction in line with the rest of the crypto market in 2019 due to three factors: mass adoption by institutions like Facebook, JPMorgan, Rakuten and Fidelity, the crypto industry’s ability to become a “better tech story” about the Uber and Lyft IPOs, and the upcoming bitcoin halving.

According to an investigation by security research Harry Denley of MyCrypto, online cryptocurrency paper wallet creator WalletGenerator.net previously ran on code that caused private/public key pairs to be issued to multiple users. The bad code was reportedly in effect by August 2018, and was only patched at the end of May of this year. After researching the live code for the website on GitHub, Denley concluded that there were differences between the code, finding that the keys were deterministically generated on the live version of the website, not randomly. After being contacted by Denley, WalletGenerator.net reportedly fixed the determinism problem, even though it purportedly said after that the allegations could not be verified, and even asked the correspondent if MyCrypto was a “phishing website.”

Jens Weidmann, the president of Germany’s central bank, the Deutsche Bundesbank (BBk), has warned central banks about the potential risks of introducing digital currencies. Weidmann, who is the BBk president as well as chairman of the board of the Bank for International Settlements (BIS), reportedly said that banks adopting digital money could potentially destabilize the financial system during periods of crisis. In his opinion, easy access to digital currencies could facilitate a collapse of lenders, and would even “fundamentally change the business model of banks” in a good economic environment. He also put forward the idea that easy access to digital money has the potential to lead to increased volatility. 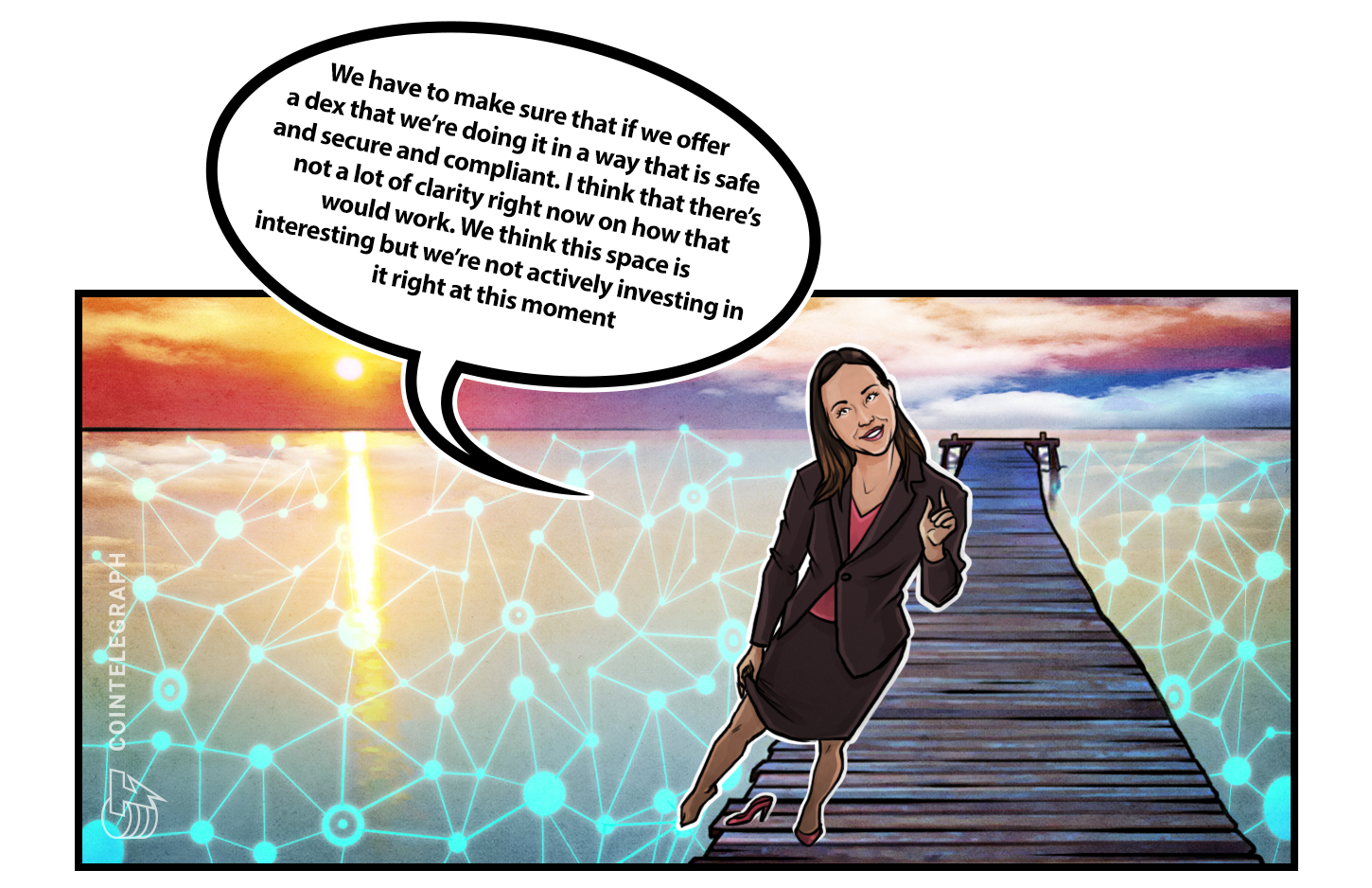 An analysis by international hacker and cybersecurity expert group Guardicore Labs has revealed that as many as 50,000 servers worldwide have allegedly been infected with an advanced cryptojacking malware. The malware in question mines privacy-focused, open-source cryptocurrency turtlecoin (TRTL). The campaign was first detected in April, with Guardicore Labs finding that the malware has infected up to 50,000 Windows MS-SQL and PHPMyAdmin servers over the past four months worldwide. The expert group states that the malware campaign is not the usual crypto-miner attack due to its reliance on techniques commonly seen in advanced persistent threat groups, including fake certificates and privilege escalation exploits. 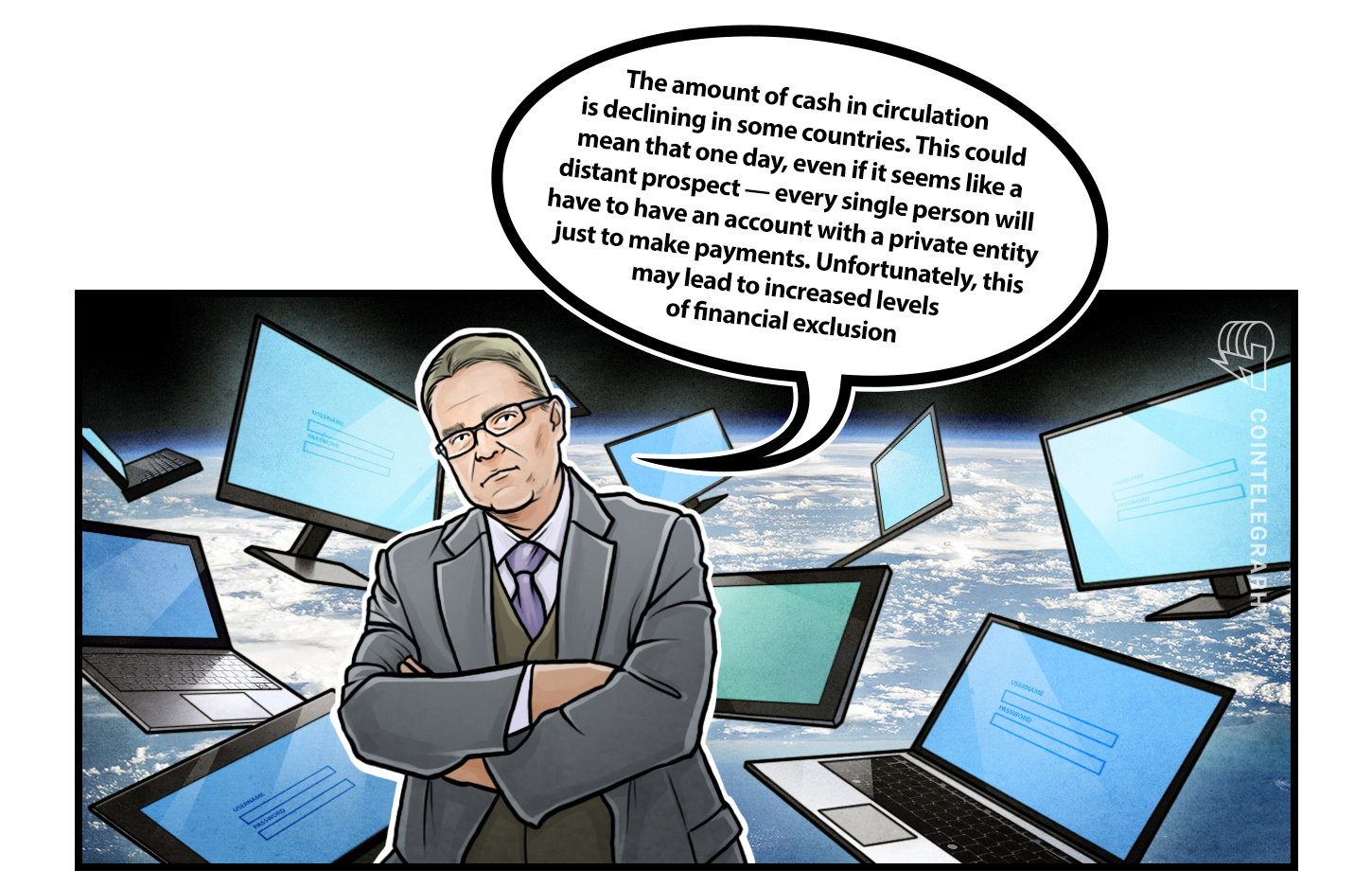 Cryptocurrency Mixers and Why Governments May Want to Shut Them Down

After the high-profile shutdown by Europol of one of the most well-known cryptocurrency mixers, Cointelegraph looks at the reasons behind the shutdown, as well as examines the scope and reality of the anonymity behind mixers themselves.

As Iranian users lost access to popular online service LocalBitcoins, Cointelegraph dug more into the relationship that the country has with cryptocurrency, both from a state and citizen level.