In the latest milestone of its renewed bull run, bitcoin today broke past $9,000, soaring to its highest price point in over a year.

In the latest milestone of its renewed bull run, bitcoin today broke past $9,000 to soar to its highest price point in over a year 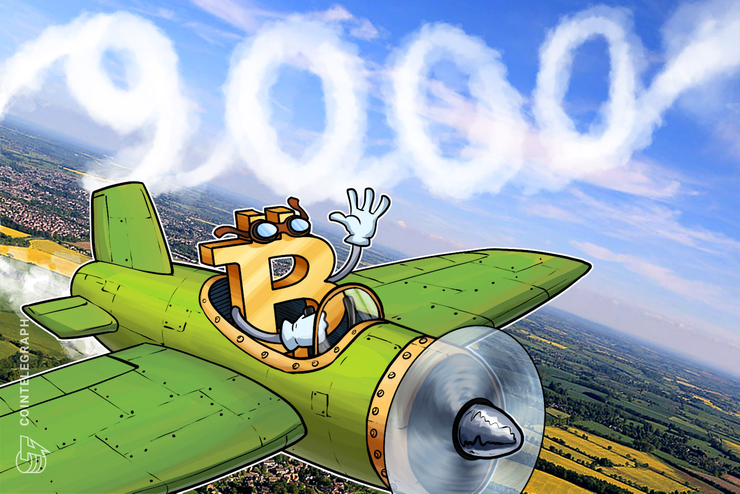 Thursday, May 30 —  in the latest milestone of its renewed bull run, bitcoin (BTC) today broke past $9,000, soaring to its highest price point in over a year. Most of the top 50 cryptocurrencies are seeing solid green, as Coin360 data shows. 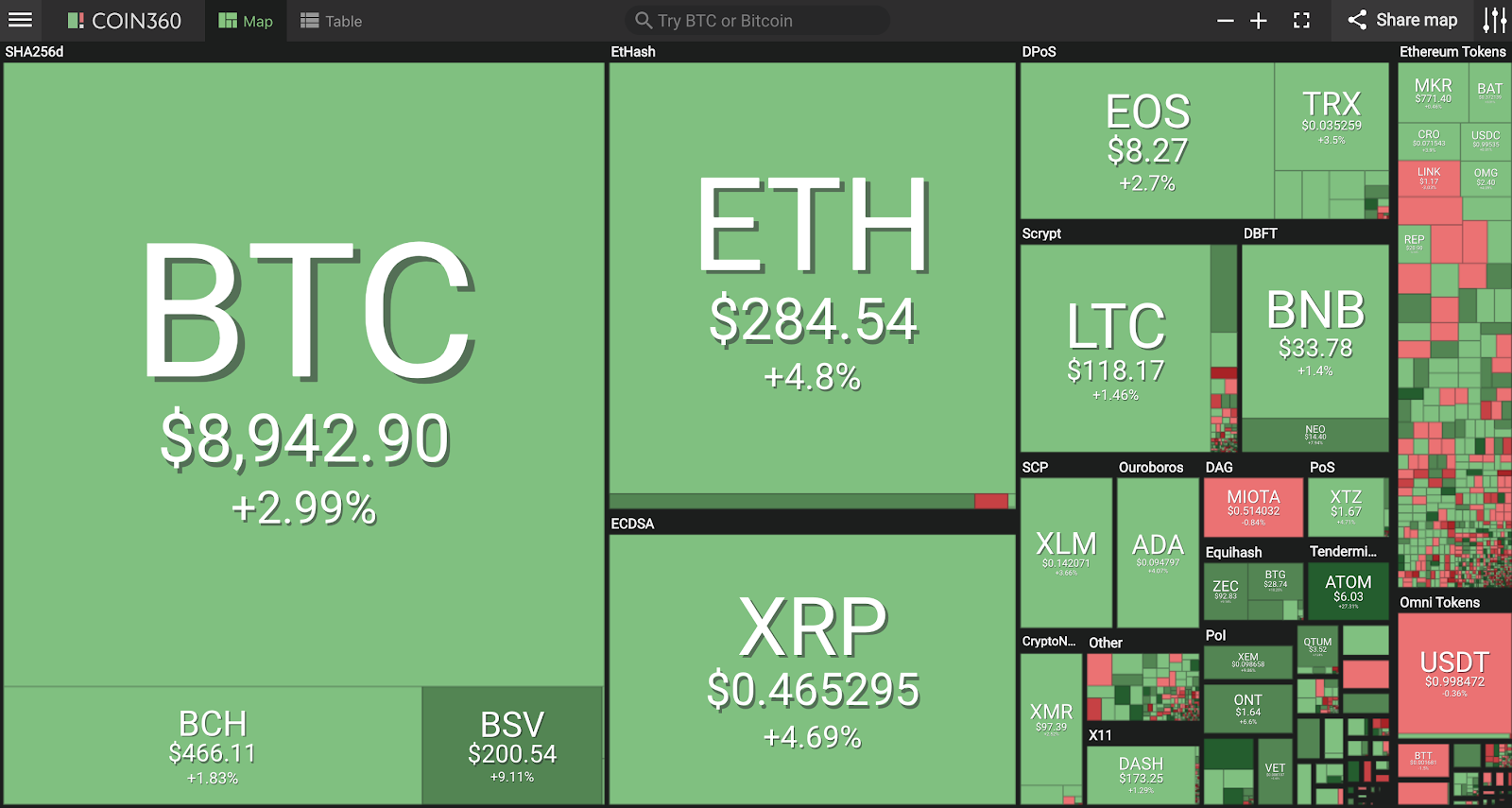 Bitcoin broke the psychological price point of $9,000 earlier today, hitting a high last seen in early May 2018. To press time, the top coin is up 1% on the day and is trading at $8,802, according to CoinMarketCap data. In recent days, bitcoin had been comfortably trading in the $8,600-800 range.

On the week, the cryptocurrency’s gains have surged to a bullish 14.5%.

Largest altcoin by market cap ether (ETH) has seen a gentle gain of 2.25% on the day to press time to trade around $279. Ether has correlated with bitcoin’s price surge, breaking above $285 earlier today. The altcoin last traded in a similar range in the first week of September 2018.

XRP has reported a 2% gain on the day to trade at $0.46 by press time. The asset has seen positive upward momentum since May 27, and has capped a gain of above 21% on the week.

Among the top ten cryptocurrencies at press time, seven are in the green. The three outliers — eos (EOS), litecoin (LTC) and native exchange token binance coin (BNB), ranked fifth, sixth and seventh largest coins by market cap respectively — are all reporting slight losses of below 1%.

A major outlier in a green direction is eighth largest coin bitcoin SV (BSV), which has seen an almost 11% gain on the day to trade at $201.78 to press time. Other top ten cryptos are reporting gains of up to 2% on the day.

Widening out to the top twenty, two further coins are seeing red — dash (DASH), which has seen a negligible 0.2% loss, and iota (MIOTA), which has reported a more sizeable loss of 5.6%. The highest gain has been secured by 16th largest crypto cosmos (ATOM), which has surged 23.35% on the day to trade at $5.85 by press time.

To press time, the total market capitalization of all cryptocurrencies is at around $277.87 billion — having brushed $286 billion earlier today — with bitcoin dominance at 55.7%.

In a tweet today, Shapeshift CEO Erik Voorhees contrasted bitcoin’s price performance with the tulip bubble — which is usually cited as a pejorative comparison by cryptocurrency skeptics. Voorhees remarked:

“Tulips never re-emerged to hit new ATH's.  Bitcoin does it every couple years. Anyone equating the two needs to explain this discrepancy.”