Bloomberg calls Bitcoin a bubble yet again, and Facebook is seemingly looking for $1 billion from VC firms for its stablecoin.

4298 Total views
255 Total shares
Listen to article
0:00
Hodler’s Digest
Own this piece of crypto history
Collect this article as NFT

According to a tweet by New York Times (NYT) tech reporter Nathaniel Popper, Facebook is reportedly looking to various venture capital firms to develop its digital token that has been previously reported on. Popper, citing unnamed sources familiar with the matter, said that Facebook is seeking $1 billion to develop its cryptocurrency project, which itself has not been publicly confirmed by the company. The Times reporter also noted that the project involves a stablecoin that would be pegged to a basket of foreign currencies held in bank accounts.

Local Chinese social media sources said that Bitcoin’s (BTC) price surge last week has led Chinese traders to pay a premium in order to trade the cryptocurrency. According to an analysis of price spreads from cryptocurrency exchanges Huobi and OKEx, cnLedger highlighted how Chinese traders are paying more in order to acquire Bitcoin. Since China formally banned crypto trading in the country in 2017, investors have had to resort to creative methods in order to deal in Bitcoin. In the analysis, cnLedger notes that a principal way to avoid the ban is to buy stablecoins such as Tether (USDT) via over-the-counter (OTC) services and convert them into other cryptocurrencies 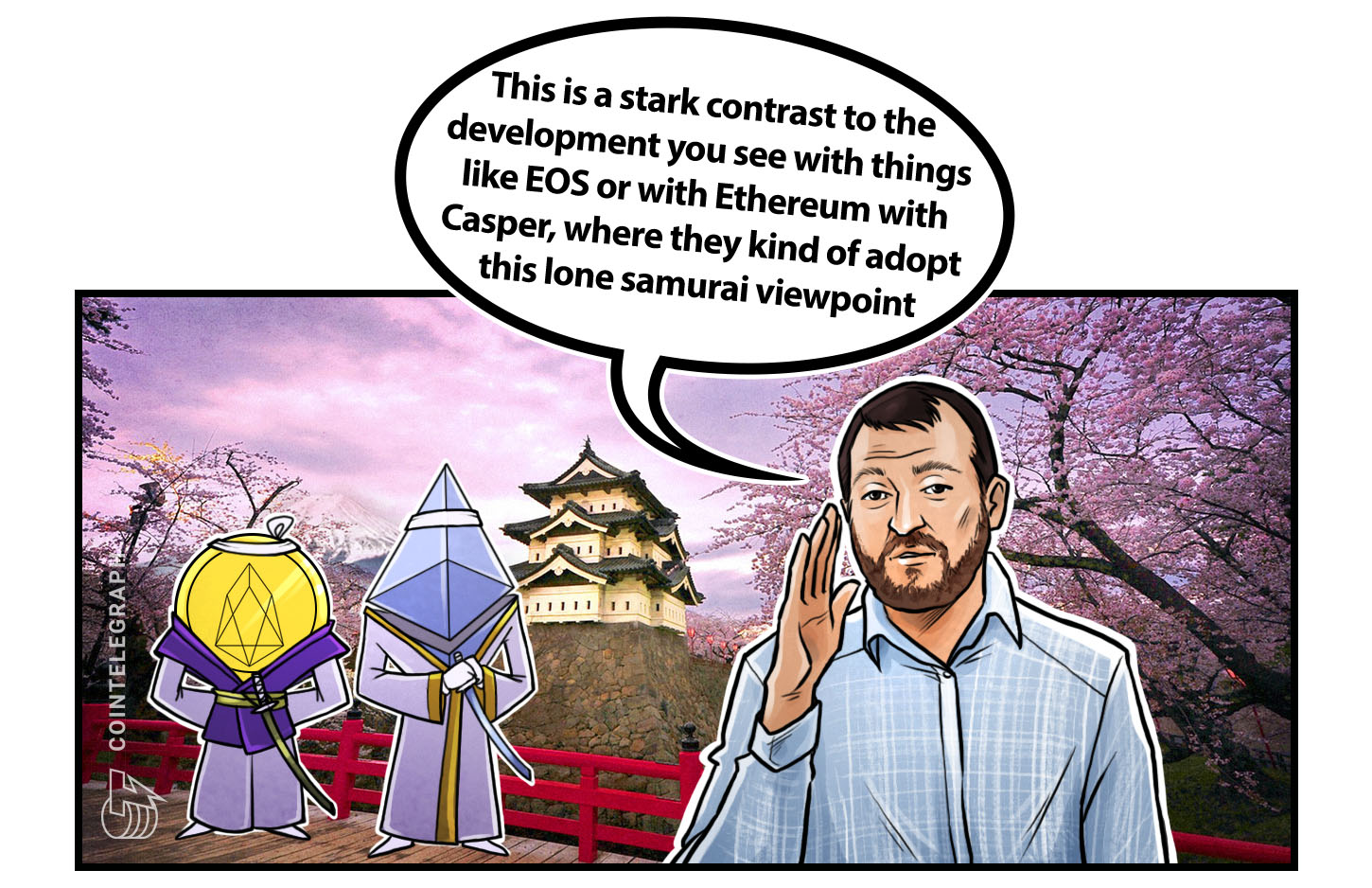 PewDiePie, the personality behind the most subscribed channel on YouTube, announced this week that he will start streaming on blockchain video platform DLive as of April 14. Dlive is a blockchain-powered broadcasting app with a rewards system for content creators and will become the exclusive platform for livestreaming the famous Swedish YouTuber, Felix Kjellberg — aka PewDiePie. The platform currently has 3 million monthly users and 35,000 active streamers, while PewDiePie on YouTube has over 93 million subscribers and 21 billion video views, as of April 2019. PewDiePie’s move to Dlive comes as the Swede faced backlash over his alleged ties to white supremacism, as his channel was mentioned by the Christchurch gunman prior to his attack on two New Zealand mosques.

Bloomberg Intelligence analyst Mike McGlone claimed this week that Bitcoin is at its most overbought level since its record highs in December 2017, citing BTC’s GTI Global Strength Indicator. Bloomberg writes that similar buy patterns in the past have resulted in multi-week downturns, citing McGlone as referring to Bitcoin as a bubble. McGlone states that the recent market growth came about due to a long-term price compression and low volatility, causing the price to be “released from the cage.” Bloomberg also cites David Tawil, president of crypto hedge fund ProChain Capital, who reportedly expects the market to continue its downward trend. 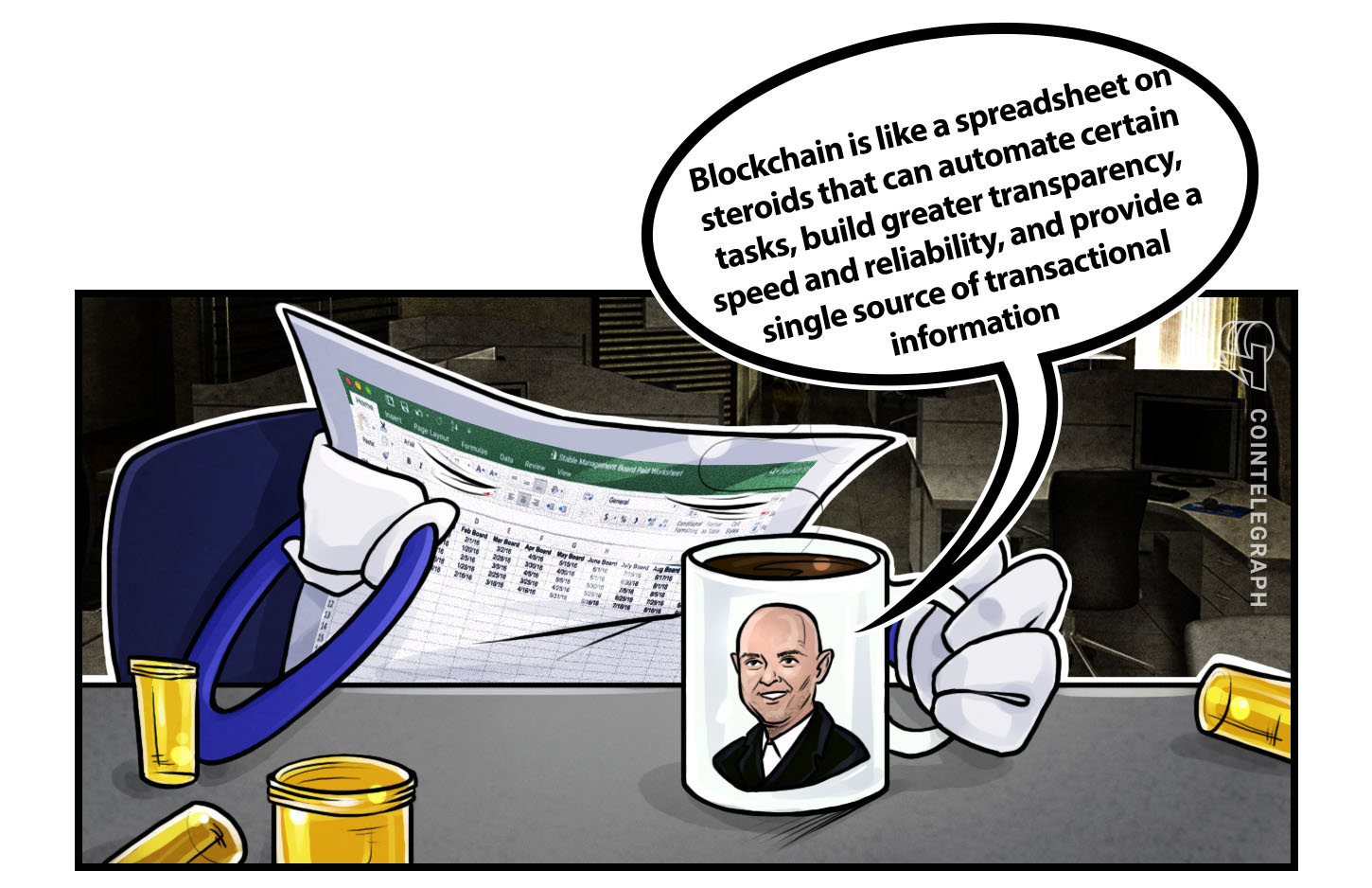 Major United States cryptocurrency exchange Coinbase has launched Coinbase Card, which will enable its United Kingdom-based customers to pay both in-store and online with cryptocurrency. The card itself is a Visa debit card that is powered by users’ Coinbase account crypto balances, allowing purchases to be made globally by instantly converting customers’ crypto funds into fiat. The Coinbase Card has also been released for iOS and Android, linking Coinbase accounts with the app and allowing users to select which wallet will fund their card, as well as allowing access for receipts, transaction summaries and spending categories. The card is issued by authorized and regulated electronic money institution Paysafe Financial Services Limited. 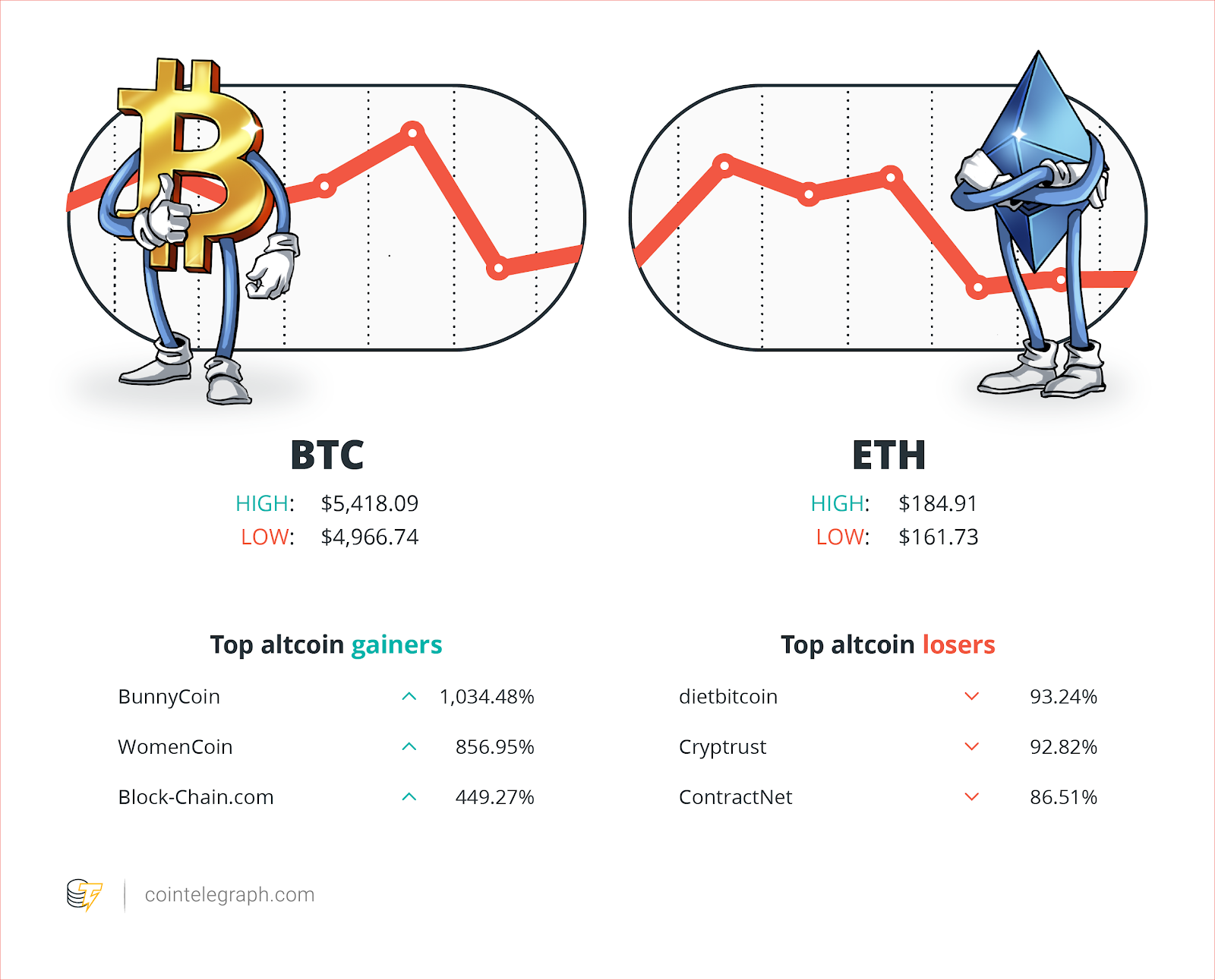 “This is a stark contrast to the development you see with things like EOS or with Ethereum with Casper, where they kind of adopt this lone samurai viewpoint.”

Charles Hoskinson, the co-founder of Ethereum (ETH) and IOHK, the company behind Cardano (ADA), speaking on the idea of development with open protocols

“I have learned about how blockchain is having a huge impact on supply chain management, and how an app in Britain can help the public report modern slavery at car washes.”

Princess Eugenie, the granddaughter of Queen Elizabeth, who founded the Anti-Slavery Collective in Britain in 2017 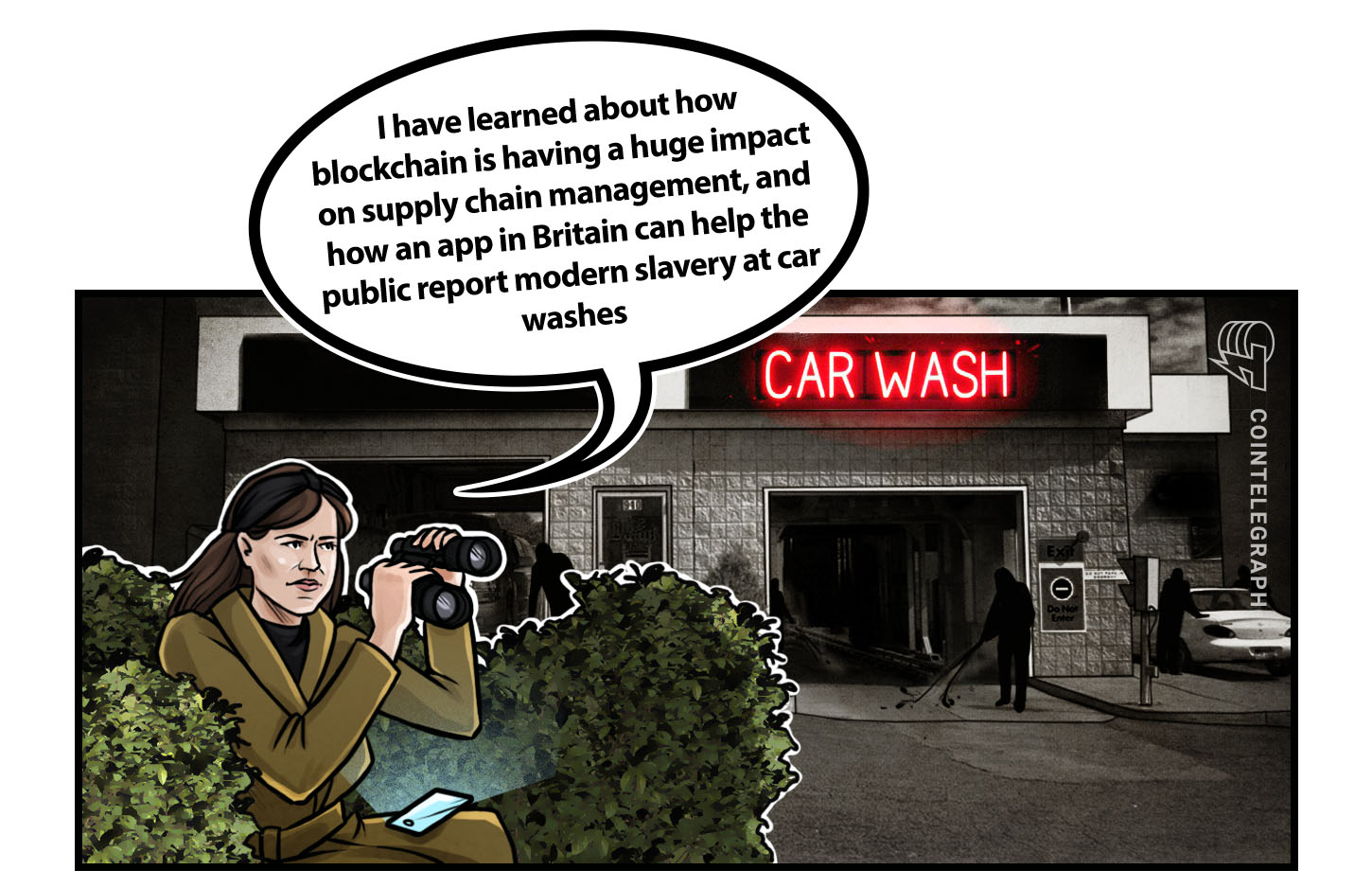 “Blockchain is like a spreadsheet on steroids that can automate certain tasks, build greater transparency, speed and reliability, and provide a single source of transactional information.”

“Now it’s a question of duration and I suspect when you have such a massive bubble, you’ll always have an overhang of people who need to sell.”

Authorities in Singapore have charged two men for promoting crypto multi-level marketing (MLM) scheme OneCoin in what is touted as the first case of its kind for the city-state. The two unnamed men reportedly engaged in activities that incorporated a subsidiary in order to promote OneCoin, in addition to signing up new members and accepting investments in return for education courses and OneCoin tokens. Singapore’s central bank had previously added OneCoin to its Investor Alert List, and various governments around the world have also issued warnings against the MLM scam, advising consumers not to interact or invest in OneCoin. While one founder was recently arrested in the U.S., the other remains at large following the indictment.

QuadrigaCX, the embattled Canadian crypto exchange, has officially been declared bankrupt. The exchange’s bankruptcy was reportedly approved by the Nova Scotia Supreme Court following the court monitor’s earlier recommendation to do so. At the time, Ernst & Young’s legal team had put forward the argument that the restructuring process should instead be shifted to bankruptcy proceedings, meaning that the monitor will now have enhanced investigative powers. QuadrigaCX had previously filed for creditor protection when it apparently lost access to its cold wallet funds following the unexpected death of its founder in December 2018.

Bitcoin wallet service Electrum faced another Denial-of-Service (DoS) attack on its servers this week. According to media outlets, this most recent attack has resulted in the loss of millions of dollars (the exact sum unconfirmed) with a single user allegedly losing about $140,000. The attack works by referring users to fake versions of Electrum software by employing a malicious botnet of more than 140,000 machines. The company has recommended that its users upgrade their software versions older than 3.3 and not download software from any source besides the official site. Last December, Electrum faced a similar attack that led to a loss of about $937,000 worth of Bitcoin.

After this week’s relatively unexpected publication by a Chinese government agency about a possible ban on crypto mining, Cointelegraph takes a look into how serious the idea is, and who and what will be affected in what is unarguably the largest crypto mining sector in the world.

As more unconfirmed news surrounding Facebook’s secretive crypto project surfaced this week, Cointelegraph analyzes what it would mean for one of the biggest, and possibly most untrusted, institutions in the world to issue their own cryptocurrency.