Virtually all of the top 20 coins by market cap are seeing fluctuations of within 2 percent in both directions on the day.

Cryptocurrencies are seeing mild price action, with virtually all of the top 20 coins by market cap seeing fluctuations of within 2 percent in both directions on the day 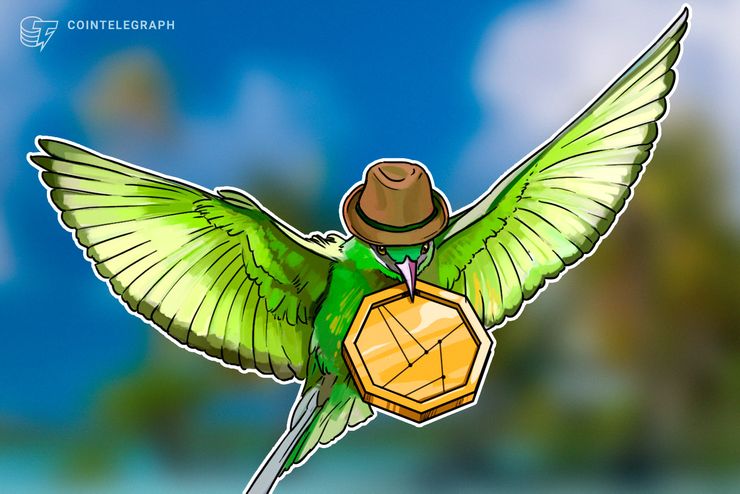 Saturday, Feb. 16: Cryptocurrencies are seeing mild price action, with virtually all of the top 20 coins by market cap seeing fluctuations of within 2 percent in both directions on the day, as data from Coin360 shows. 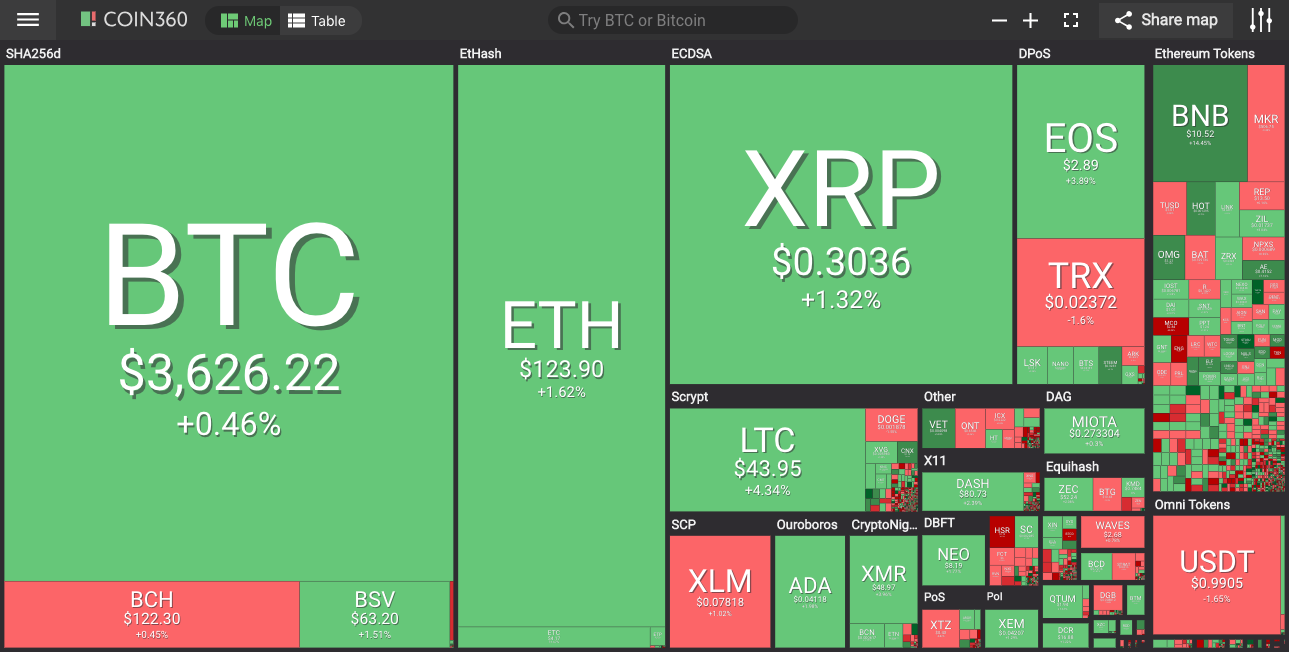 Top cryptocurrency Bitcoin (BTC) has seen fractional 0.37 percent growth on the day and is trading at $3,631 to press time, according to CoinMarketCap data. On its 7-day chart, the coin has jaggedly traded downward from an intraweek peak of almost $6,700 on Feb. 11 to a low of $3,610 on Feb. 14 — subsequently recuperating some of its losses. On the month, the coin has seen virtually no movement, trading down by a mild 0.8 percent in value. 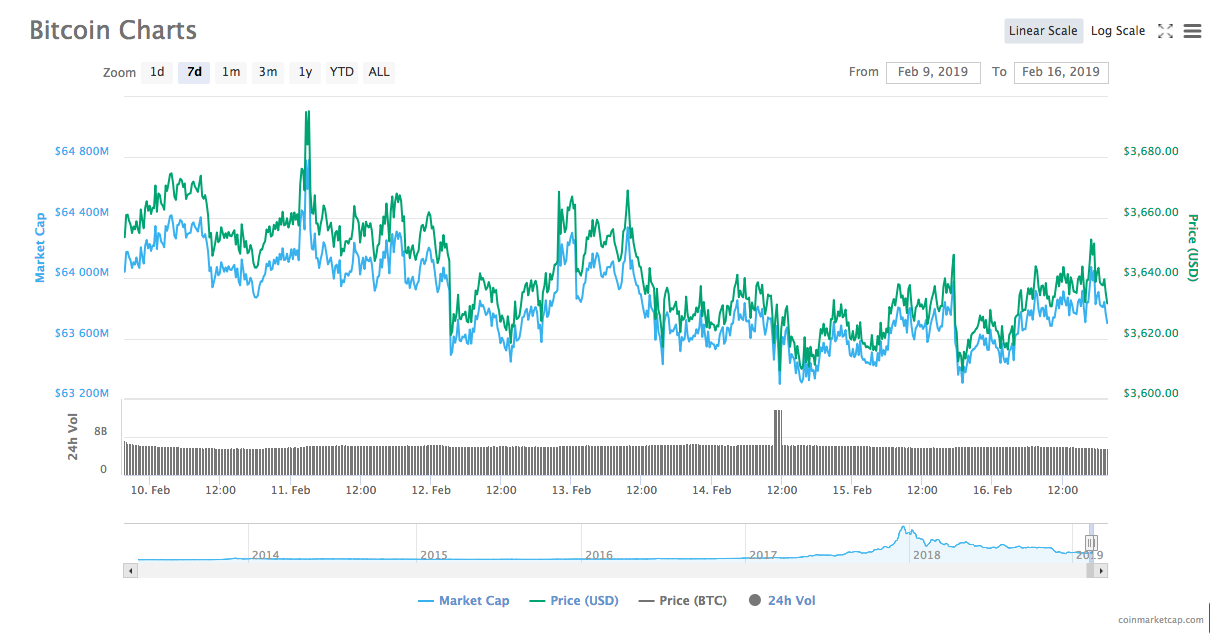 Ethereum (ETH) — holding on to its newly-regained position as largest altcoin by market cap — is up around 1 percent on the day to trade at roughly $123 to press time. The altcoin has seen moderate and consistent growth over the past seven days, bringing its weekly gains to just over 4 percent.

On the month, Ethereum is similarly stable, trading at virtually the same price point (0.4 percent down) as in mid-January. 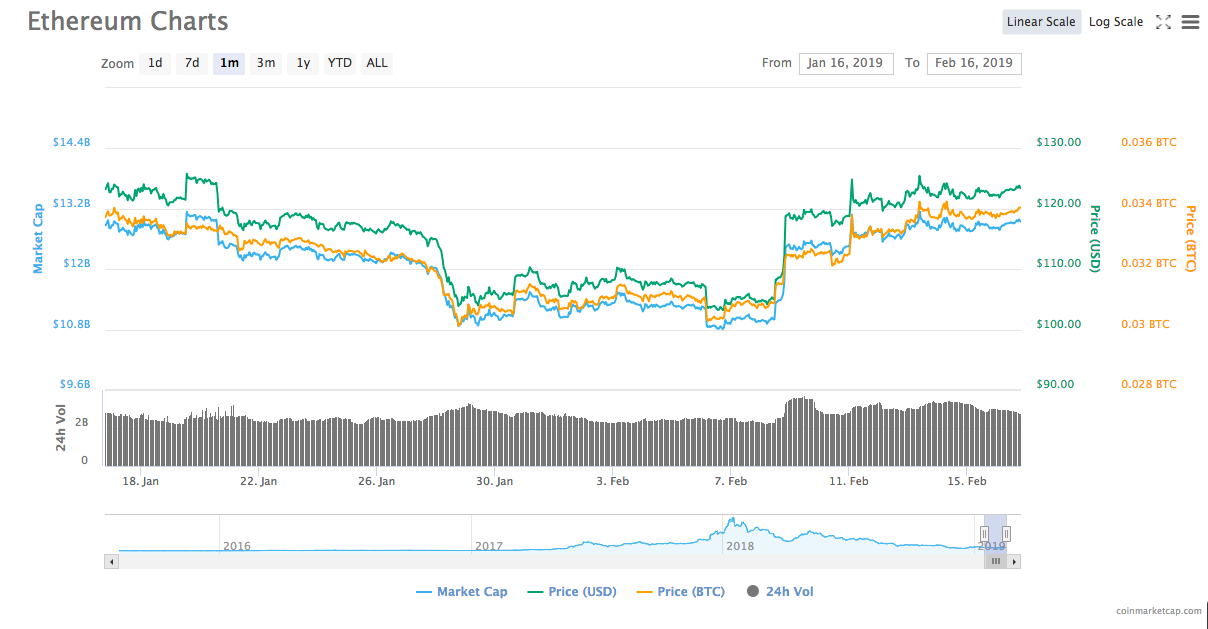 In the latest Ethereum core dev call, ETH co-founder Vitalik Buterin and others have dismissed allegations that a new smart contract creation feature set to be released in the forthcoming Constantinople hard fork will have negative security implications.

Ripple (XRP) — like its larger market cap counterparts — is seeing virtually no price change on the day, and is trading around $0.301 at press time. Up a fractional 0.5 percent over the past 24 hours, the asset is down a mild 2 percent on the week. Monthly losses are starker, at close to 9 percent. 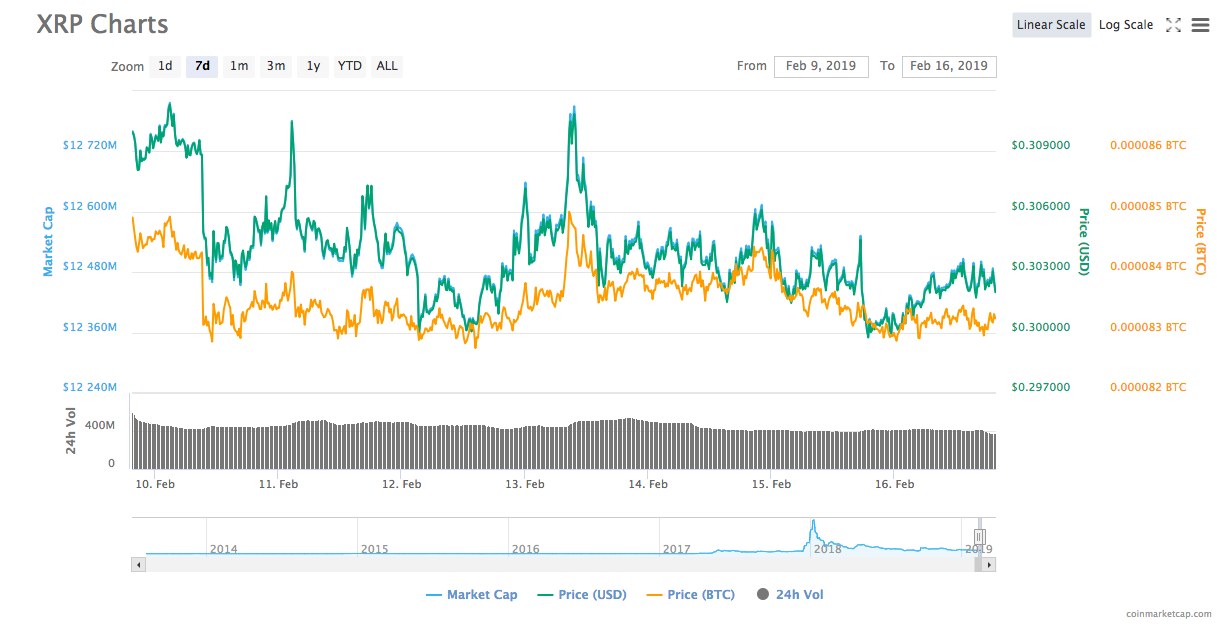 A major exception among the remaining top 20 coins is Litecoin (LTC), which has has seen close to 4 percent in growth on the day to trade at $43.83. The altcoin has thus again dislodged EOS and Bitcoin Cash (BCH) as fourth-largest cryptocurrency by market cap, which it holds with a market cap of around $990 million.

The total market capitalization of all cryptocurrencies is around $121 billion as of press time, up a fractional 0.25 percent on the week.

In other cryptocurrency news, major crypto brokerage Coinmama — which allows users to purchase Bitcoin and Ethereum using a credit card — has revealed it suffered a major data breach affecting 450,000 of its users.

And in adoption news, Liberstad — a private, anarcho-capitalist city in Norway — has adopted a cryptocurrency native to its blockchain-powered smart city platform. The new crypto will be the city’s official medium of exchange, with national fiat currencies to be prohibited.