The QuadrigaCX story gets weirder, and Satoshi Nakamoto is apparently the author of a coloring book.

Bitcoin crossed $11,000 in under 24 hours after breaking the important level of $10,000 on Friday, ETH hit a 10-month high, while crypto markets see solid green by the end of the week. Cointelegraph explores the main factors driving the rally this time, and why they are very different than they were in late 2017. Thus, bitcoin futures show growing signs of institutional interest, Bitcoin’s hash rate hit a new all-time high at over 65,000,000 TH/s, the planned Bitcoin block reward halving set for May 2020 is still 333 days away, while the overall microeconomic picture sees investors dumping ever-depreciating fiat currencies for hard-capped “digital gold.”

Facebook released the white paper this week for its long-awaited, highly secretive cryptocurrency and blockchain-based infrastructure. The global stablecoin, dubbed “libra,” will operate on the native and scalable Libra blockchain and be backed by a reserve of assets that will give the coin intrinsic value as well as mitigate volatility fluctuations. Facebook’s new crypto will be governed by a Swiss-based not-for-profit consortium called the Libra Association, which already has Mastercard, PayPal, Visa, Stripe, eBay, Coinbase, Andreessen Horowitz and Uber among its founding members. The association will have around 100 members in total, each with a $10 million investment securing the entity one vote on the Libra council. 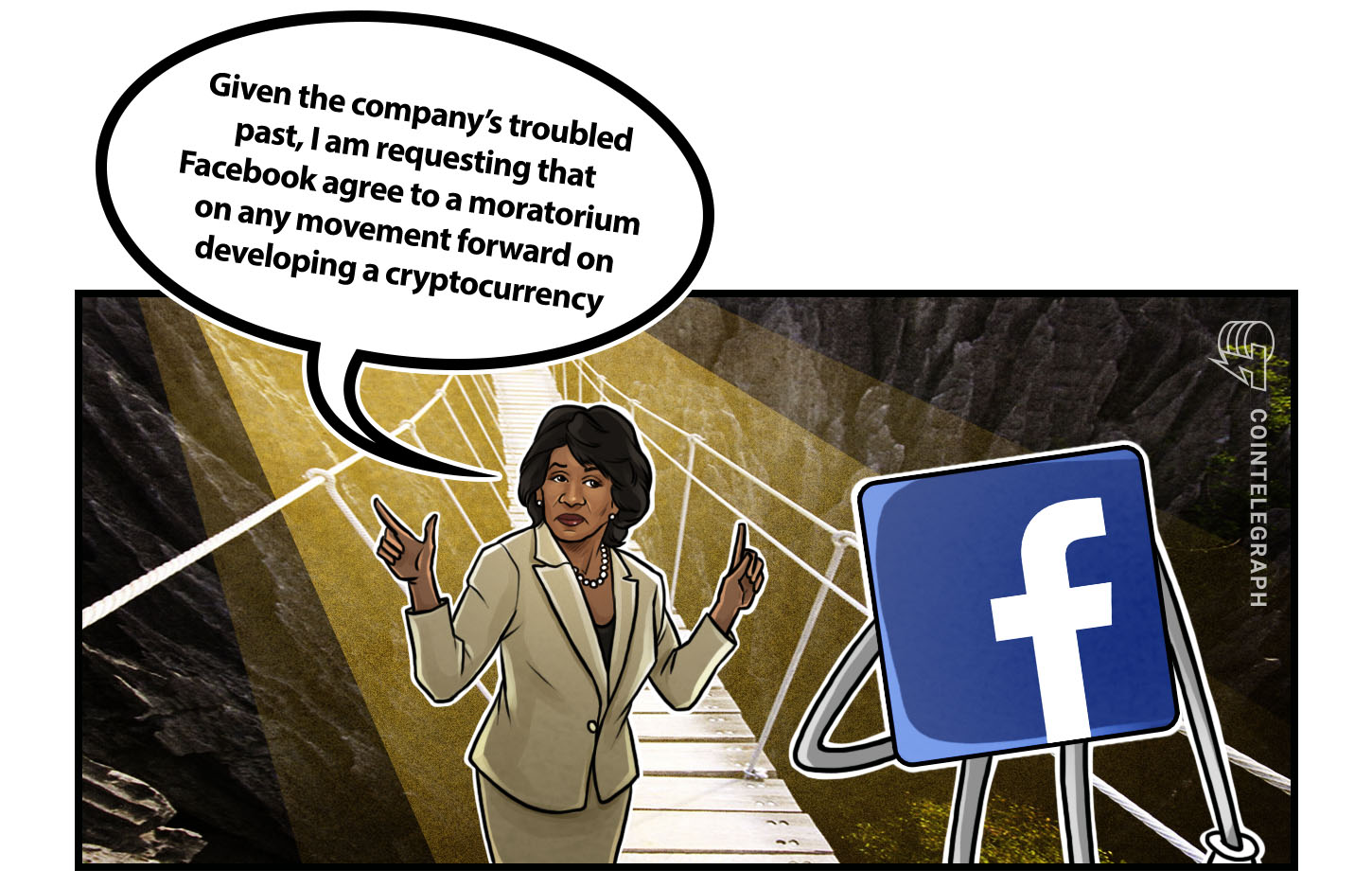 Ripple to invest up to $50M in MoneyGram following new partnership

MoneyGram, a major money transmission network, has partnered with blockchain-based payments firm Ripple in order to work on cross-border payments and foreign exchange settlements with digital assets. According to their two-year agreement, MoneyGram will be able to draw as much as $50 million from Ripple in exchange for equity and will reportedly use Ripple’s xRapid liquidity product. By using Ripple’s XRP token, the process of sending money in one currency to be instantly settled in the destination currency will be faster than with fiat or other digital assets. According to MoneyGram’s chairman and CEO, Alex Holmes, the ability to instantly settle funds in this manner could “dramatically streamline our global liquidity management.”

Big Four auditing firm PwC released a cryptocurrency auditing software solution this week. The tool, which has been added to the PwC Halo auditing suite, can be used to “provide assurance services for entities engaging in cryptocurrency transactions.” According to PwC, the Halo suite will allow for the provision of independent evidence of private-public key pairing, as well as the gathering of information about transactions and balances from blockchains. The new addition will support a variety of cryptocurrencies, including bitcoin (BTC), bitcoin cash (BCH), ether (ETH) and XRP. PwC noted that the tool is already employed to support the audits of its clients that work with cryptos, but that its ability to audit is influenced by a client’s control environment.

According to a new report from EY, the deceased owner of now-defunct Canadian crypto exchange QuadrigaCX, Gerald Cotten, had been transferring users funds off the exchange in order to use them as securities for his own personal margin trading on other platforms. The EY’s fifth report to the Supreme Court of Nova Scotia outlined the principal concerns, including that its operations were “significantly flawed from a financial reporting and operational control perspective.” According to the report, there was neither segregation between duties and basic internal controls, nor was there any delineation between Quadriga’s and user funds. As well, EY noted that Cotten had reportedly created fake “identified” accounts on the platform under multiple alias in order to trade within the platform.

The Amazon bookstore has recently seen the appearance of two different books published under Satoshi Nakamoto’s name. According to the listings, both of the books — “Wave and Ripple Design Book” and “The Official Bitcoin Coloring Book” — are scheduled for release on June 28. The author’s profile claims that he is the same Nakamoto who created bitcoin (BTC) — “Satoshi Nakamoto is the renowned inventor of Bitcoin” — and states that “100% of his book royalties to support STEM and environmental education programs serving underprivileged youth.” Public reviews for the coloring book includes those from “Etheorum” creator “Vitallike Buttering,” “Diamond James, CEO, J.P. Morgain,” and “Buffet Warden, billionaire investor and Chairman of the Bored, Blandshire Haffling,” obvious joking misspellings of famous crypto personalities. 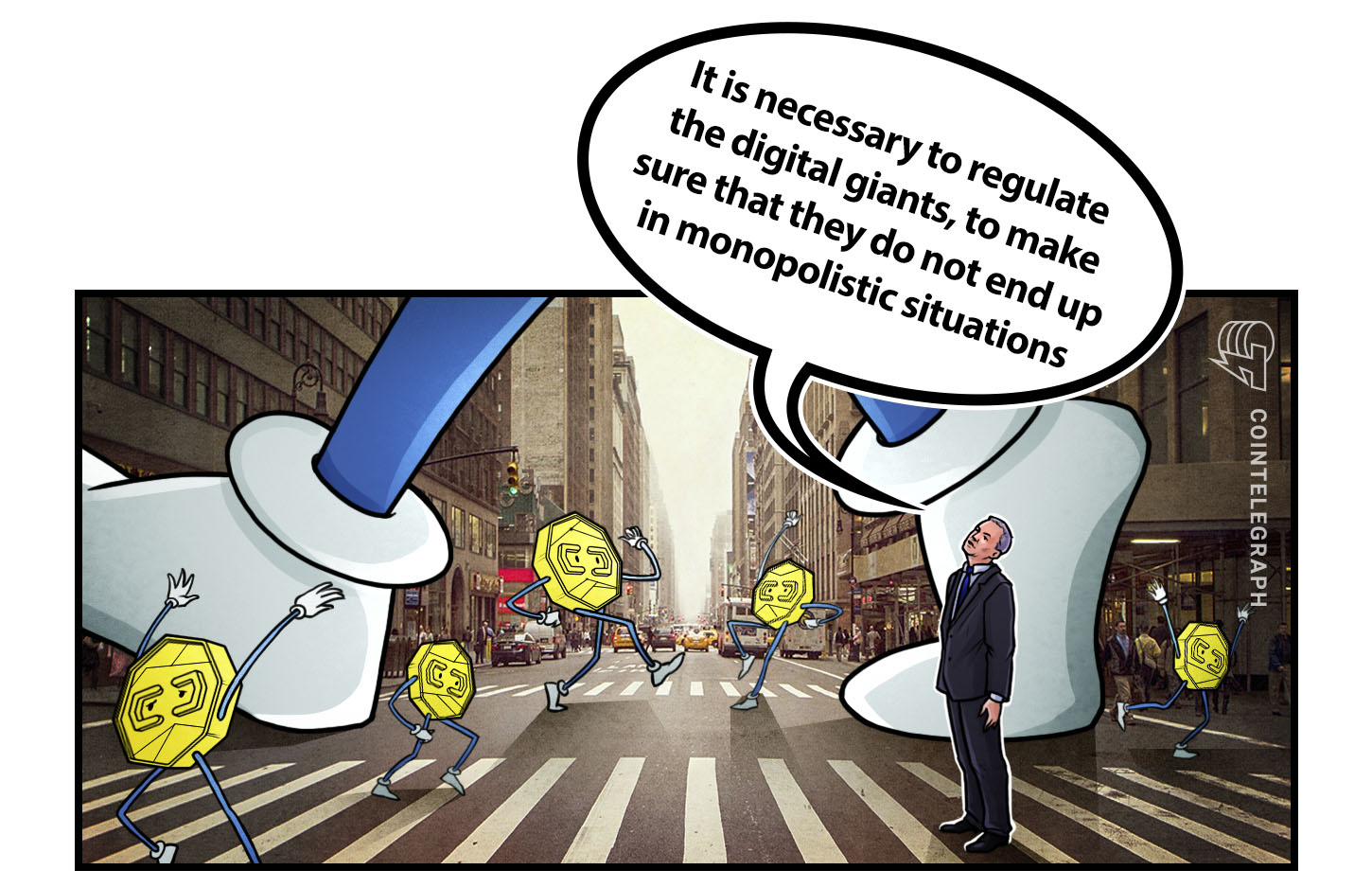 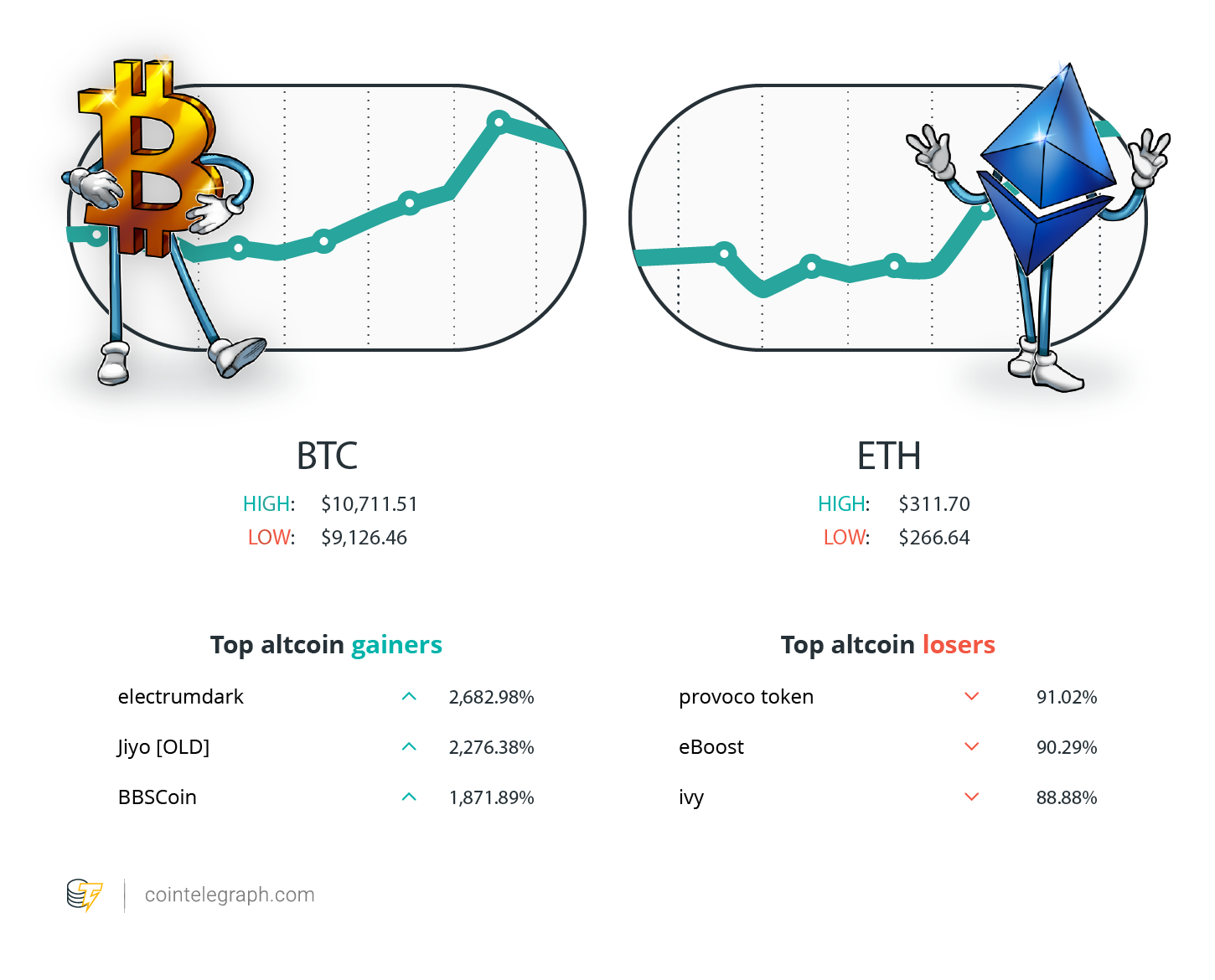 “It’s fresh, it’s speculative; at Amazon, we don’t really deal with the speculative, in the now.”

"If we are talking about a national currency that works as a whole in the country — that is, not about private assets — of course, this requires the technology to provide reliability and continuity. Technologies must be mature, including distributed ledger technologies.”

- Elvira Nabiullina, head of the Bank of Russia.

“Even if we offer similar services in the future it will still be for the better, since there will be more competition in the finance industry.”

“We have to make sure that there is no risk for the consumer, it is our role as a state to protect consumers. [...]  It will allow Facebook to accumulate millions and millions of data again, which strengthens me in my belief that it is necessary to regulate the digital giants, to make sure that they do not end up in monopolistic situations.”

- Bruno Le Maire, France’s minister of the economy and finance.

“There has begun a shift away from general purpose language for uses in smart contracts, where we really want to begin to model and represent the legal definition and the market rules. Many of these early languages put all the data out there and then attempted to express financial services entitlements by either imposing confidentiality on it or obfuscation.”

- Ben Mezrich, author of “Bitcoin Billionaires,” a book about the Winllevoss twins. 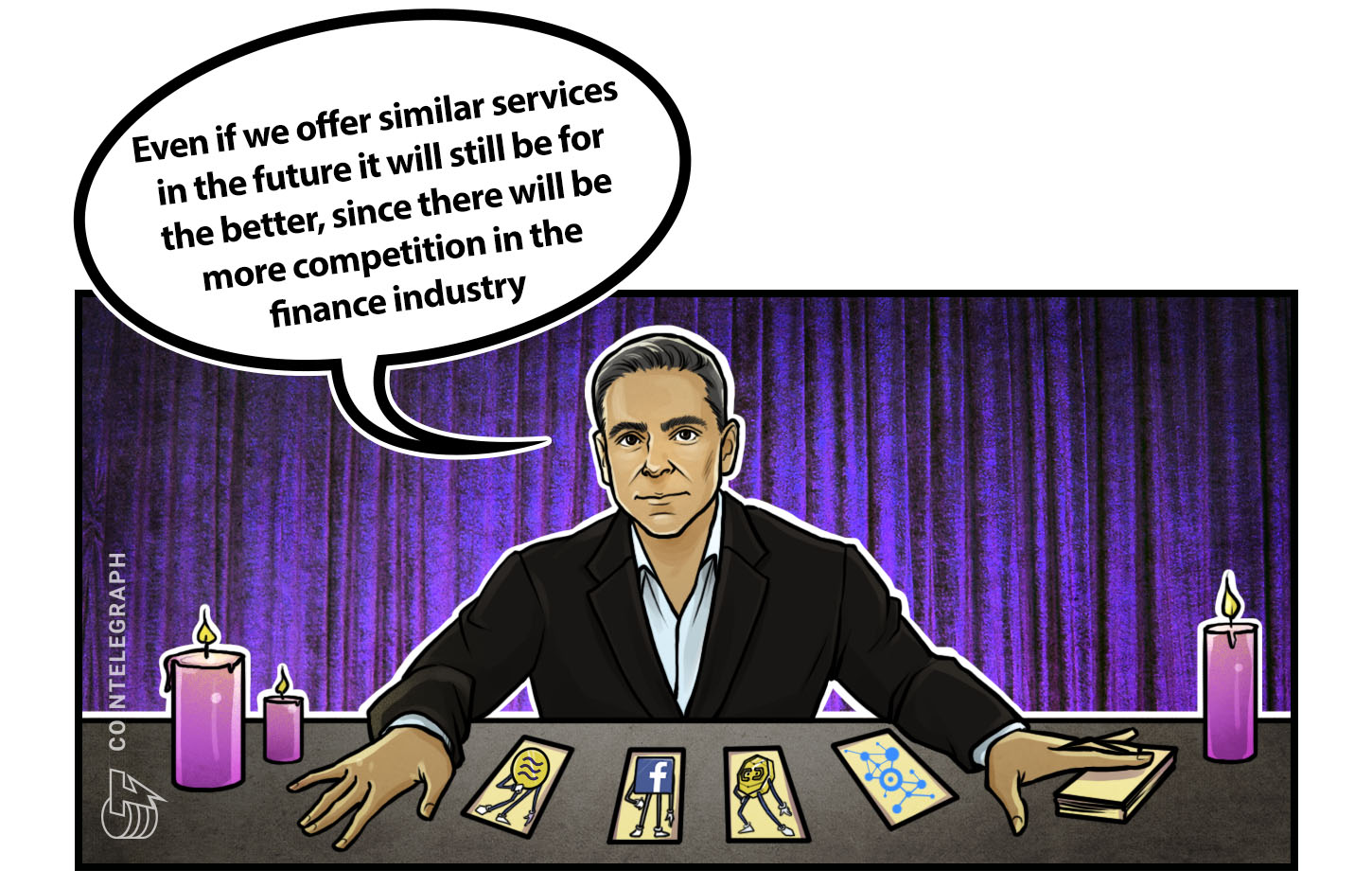 Tom Lee, the co-founder of Fundstrat Global Advisors, said this week that bitcoin has the potential to easily reach new highs. In comments to CNBC, Lee noted that bitcoin is becoming the reserve currency of the crypto space, adding, “I think bitcoin is easily going to take out its all-time highs.” According to Lee, bitcoin has been worth over $9,000 for only 4% of its history. In tandem with his price predictions, Lee commented that Facebook’s Libra project is a reflection of mainstream interest that destroys the argument of believing in blockchain, but not in bitcoin.

The United States Commodity Futures Trading Commission (CFTC) brought an action this week  against a reportedly fraudulent $147 million bitcoin scheme. The complaint has been filed with the New York Southern District Court against now-defunct United Kingdom-based entity Control-Finance Ltd, stating that the entity defrauded more than 1,000 investor to launder at least 22,858 bitcoins. The CFTC also included the head of the entity, Benjamin Reynolds, in the complaint, stating that both he and the company “exploited public enthusiasm for Bitcoin” from May 1, 2017 to Oct. 31, 2017. The alleged scammers operated by soliciting investors to buy their bitcoin with cash, then sending the new clients BTC deposits to other customers, misrepresenting those as actual profits generated from crypto trading.

Firefox’s recent zero-day security flaw was used in attacks against major crypto exchange and wallet service Coinbase. According to Coinbase security researcher Philip Martin, the reportedly critical zero-day vulnerability in Mozilla’s Firefox web browser had actually emerged along with another zero-day flaw that targeted Coinbase employees, meaning that there were two separate Firefox zero-day attacks. Martin noticed that Coinbase was not the only crypto-related firm to be targeted in the campaign, and that it was working to report other businesses that it believes were also targeted by the attack. Martin underlined in the tweet that the company’s security team has seen “no evidence” that the exploit targeted Coinbase customers.

The United States Department of Justice (DoJ) unsealed a fraud complaint this week against Swedish citizen Roger Nils-Jonas Karlsson and associated firm Eastern Metal Securities (EMS). According to the DoJ’s complaint, Karlsson and EMA are charged with committing securities fraud, wire fraud and money laundering. The EMS website was reportedly registered to a made-up person and offered shares of a pension plan that would pay out in gold per share, with investors asked to pay in cryptocurrencies. However, Karlsson reportedly didn’t have the capital to back the payouts and invested the money in Thailand-based real estate. According to the complaint, Karlsson was arrested in Thailand on June 18, and the U.S. is requesting his extradition. 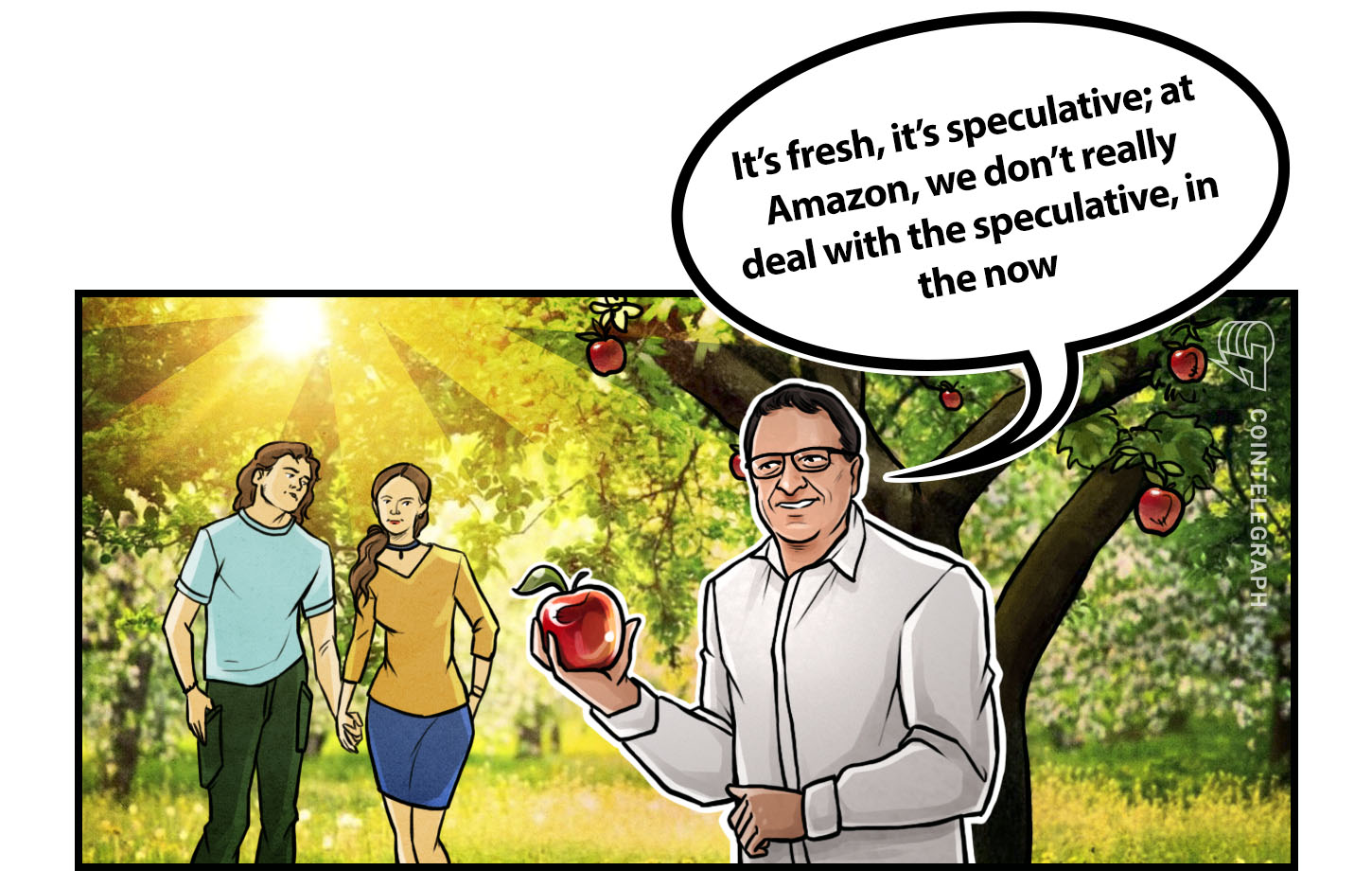 Round-up of crypto exchange hacks so far in 2019 — how can they be stopped?

It’s 2019 and hacks of cryptocurrency exchanges keep on coming. Cointelegraph looks at not only the amount that has been stolen, but also the security measures, insurance and improvements in the works.

What to expect from the Telegram Open Network: A developer’s perspective

With several recent reveals of the technology behind messaging giant Telegram’s upcoming blockchain network launch, Cointelegraph took a deep dive into the technical aspects of the $1.7 billion project.

How Tyler Winklevoss converted his biographer into a Bitcoin believer

Cointelegraph had the chance this week to speak to Ben Mezrich, the author behind the book that spawned the film “The Social Network,” about his new bitcoin-focused book on the rise of the Winklevoss twins’ bitcoin fame. A book review of the new crypto success story accompanies the interview, for those whose interest has been piqued.